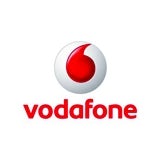 Chief executive Vittorio Colao is likely to reveal the switch as the company announces first half results which may see sales rising to a predicted £22.4 billion, but pre-tax profits falling by 2.3 per cent.

Segmenting data use was trailed by Colao when announcing results for the first quarter, saying “the data bet is the right bet”. Vodafone has already experimented with data tiers in Spain, using more customer intelligence to limit or free up access when its network becomes congested by allowing variables like tariff to control data streaming, rather than applying simple caps.

Under that test, business customers were given a good connection regardless of levels of data traffic. Conversely, light users who had exceeded their fair use allowance were still able to connect if traffic was light. When data volumes rise, however, the price being paid dictates who gets onto the network.

Prioritising business customers makes good financial sense, but has been controversial among some users. Vodafone’s revenues from mobile data have climbed to £4 billion a year since 2008 and like other mobile networks, the company is looking at how to continue to grow income while managing capacity. Offering a premium bundle with guaranteed access alongside other price plans with more limited data use is likely to become the norm.