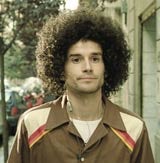 Vodafone UK head of brand and marketing communications Martin Tod is to leave the company at the end of the month. It is not known whether he has a job to go to.

During his three years at Vodafone, Tod was involved in the launch of Vodafone Live! in 2002, as well as Vodafone Live! for third-generation (3G) phones last year. He reported directly to UK chief marketing officer Tim Yates and was also responsible for the launch of the Perfect Fit tariff initiative.

Tod, who joined Vodafone from Procter &amp; Gamble, where he was haircare marketing director for central and eastern Europe, stood unsuccessfully as a Liberal Democrat candidate for the North-west Hampshire seat in the General Election.

He will be replaced by Dominic Chambers, from the brand and communications team, until a permanent successor is found.

Chambers occupied an interim marketing role at Marks &amp; Spencer before joining Vodafone. He is a former marketing director of Japanese clothes retailer Uniqlo, but his role was axed at the start of 2003 (MW January 23, 2003).

Before joining Uniqlo for its UK launch in 2001, Chambers was marketing director at Warner Home Video.

Vodafone head of advertising Guy Phillipson left the mobile giant at the start of the year to become the full-time chief executive of the Interactive Advertising Bureau UK (IAB; MW January 6).

Phillipson replaced Danny Meadows-Klue, who has since rejoined the IAB as European chief executive (MW April 7).

Earlier this month, Vodafone announced a tie-up with Peugeot that will see the marque become the first car manufacturer to launch a model exclusively through a 3G advertising campaign. Vodafone’s mobile marketing arm, Vodafone Target, signed a deal with Peugeot to promote its 1007 supermini, which launches this summer.