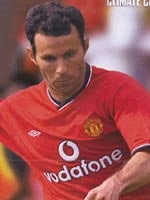 Manchester United’s £30m record-breaking sponsorship deal with Vodafone, announced in a blaze of publicity last March, has yet to be signed because the football club is still embroiled in a dispute with Kingfisher over wireless application protocol (WAP) and Internet rights.

The company claimed it already held all Man Utd’s publishing rights – including new media and WAP – as part of an exclusive ten-year contract signed in 1996.

Sources say Man Utd’s deputy chief executive Peter Kenyon met with Kingfisher executives at Old Trafford last week, in a last-ditch attempt to settle the row. But the negotiations are believed to have broken down.

Vodafone will not sign until the dispute is settled, although it is thought to have a “heads of agreement”, subject to contract.

The dispute could delay the launch of Vodafone’s WAP portal site, which is a cornerstone of the sponsorship. Vodafone plans to provide text, audio and eventually moving images over mobile phones.

A Vodafone spokeswoman denies there is a problem. She says: “We are building the WAP portal at the moment – it was never our intention to launch it until the new season starts at the end of August.”

Kenyon, who takes over as chief executive when Martin Edwards steps down next month, was not available for comment as Marketing Week went to press.