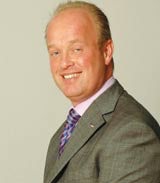 Audi has appointed Jeremy Hicks as its UK chief, to replace Kevin Rose, who left earlier this year to take up a senior marketing position with Volkswagen in Germany (MW May 12).

Hicks moves over from Volkswagen Group UK, where he was head of group service. He starts as Audi UK director on August 1.

Hicks has been with Volkswagen Group UK for almost six years and before that he spent 14 years with General Motors.

Volkswagen Group UK chairman Robin Woolcock will continue to oversee the director’s role until Hicks takes up his new position.

Rose, who was director of the UK operation for six years, moved to Audi from Seat UK, where he was also director, in 1999. He replaced Dermot Kelly, who was poached by rival Mercedes-Benz.

He was involved in Audi’s separation from Volkswagen in the mid-1990s, the integration of the Seat brand into the Volkswagen Group and the recent growth of the Audi marque in the UK.

Like Rose, Hicks will work closely with marketing director Gary Savage and will have overall responsibility for Audi’s &£16.4m advertising budget. The marque’s advertising is handled by Bartle Bogle Hegarty.

Audi is now a serious competitor to the likes of BMW and Mercedes. It has already launched the new A4 this year and other new models include the RS4 and the A6 Avant.