The car marque has now admitted that around 11 million of its vehicles worldwide have diesel engines with software “irregularities”.

The scandal began in the US where its diesel models were found to be in breach of clean air rules due to a “noticeable deviation” between emissions during testing and road use. It has since spread to other parts of the world, with South Korea and European countries including Germany and France saying they are examining the accusations.

The UK Transport Secretary Patrick McLoughlin is calling for an EU-wide investigation into the Volkswagen issue and pushing for more accurate emissions tests.

The incident has already hit Volkswagen’s share price, which is down by a further 20% so far today (22 September) having fallen by almost the same amount yesterday.

It is also having an impact on its brand. According to YouGov BrandIndex Volkswagen’s Buzz score – a measure of the positive and negative things said about a brand – has fallen by 5.4 points over the past week.

That means the brand has fallen from third in a list of 32 car marques to 31st over the space of just seven days. Impression and reputation scores have also fallen while its overall Index – a measure of the full range of metrics – is down, although it remains top of the list.

Volkswagen says the €6.5bn is an initial estimate of the costs and is “subject to re-evaluation”. Estimates suggest it could be fined more than $11.5bn in the US alone, with the scandal having an impact on its profits this year.

The brand says: “To cover the necessary service measures and other efforts to win back the trust of our customers, Volkswagen plans to set aside a provision of some €6.5 billion.

“Volkswagen does not tolerate any kind of violation of laws whatsoever. It is and remains the top priority of the board to win back lost trust and to avert damage to our customers. The Group will inform the public on the further progress of the investigations constantly and transparently.” 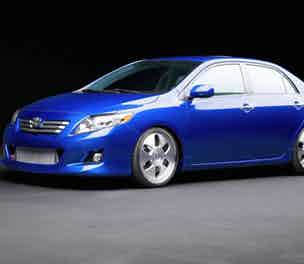