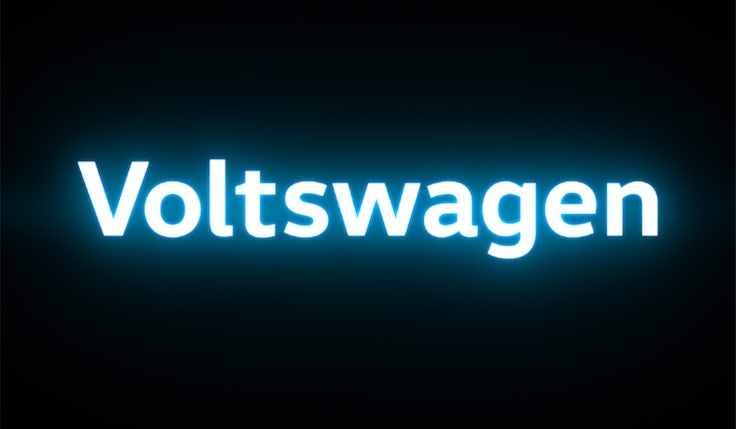 Most people who know me also know that I am a car and motor racing nut. I have been since I was just out of nappies. That’s what happens if you are the son of a mechanic who tinkered with and talked about cars 24/7. As a result of this disease, I spend a lot more time thinking about car advertising than most people outside of the car brands.

Given so many people have waxed lyrical – in my opinion, wrongly – about the April Fools’ Day story that Volkswagen was changing its name to ‘Voltswagen’ in North America, I thought it a good idea to dissect the campaign through the lens of marketing effectiveness.

Let’s start with the backstory. In 2015, Volkswagen revealed it had sold 11 million vehicles fitted with software that could cheat pollution tests in a laboratory but increased emissions once on the road. Volkswagen has paid more than $30bn in fines and compensation, and is suing the former VW Group CEO Martin Winterkorn and ex-Audi boss Rupert Stadler for damages over the scandal. VW also claims the scandal propelled it into its current strategy of embracing electric cars.

The VW Group includes a dozen brands for every segment of the car market, including VW, Audi, Seat, Skoda, Bentley, Bugatti, Lamborghini and Porsche. VW Group sold 9.3 million vehicles in 2020 – of which 231,600 were electric vehicles – and last year became the top electric-vehicle maker in Europe. VW Group’s valuation is $184bn – and it has been on a tear since the start of the year.

On 15 March, Herbert Diess, the CEO of Volkswagen globally, held a flashy news conference called Power Day. He claimed there is only one way to quickly reduce emissions from transportation – electric vehicles. VW plans to deliver 1 million plug-in hybrid and fully electric vehicles in 2021.

By comparison, Tesla sold a half-million electric vehicles in 2020 and has a valuation of $660bn. In case you have been hiding under a rock, Elon Musk is a master of PR events, outrageous pronouncements and all-round shameless bombast but still refuses to advertise. By the way, one of Tesla’s big events is called Battery Day.

On 29 March, VW posted a press release to say it was changing its US brand name from Volkswagen of America to Voltswagen of America, to show how much it was focusing on electric vehicle production. That press release was dated 29 April, not 29 March, and wasn’t quite finished – the PR copy said it still needed a quote and a photo. The initial press release went out briefly on VW’s US media newsroom website on Monday morning before it was taken down.

Media outlets reported it as news after it was confirmed by unnamed sources within the company. The release said the name change was expected to take effect in May and called it a “public declaration of the company’s future-forward investment in e-mobility”. It said ‘Voltswagen’ would be placed as an exterior badge on all EV models, with gas vehicles having the company’s iconic VW emblem only. They even said the VW website was not hacked, the announcement was not a joke or a marketing ploy, and the change was to be permanent.

Jochen Sengpiehl, the VW Group CMO wrote on his LinkedIn: “Volkswagen of America are making their motivations clear with their recent name change into Voltswagen. We fully support it. Electric isn’t just the future, it’s the right now. Please share to everyone.”

It was all an April Fools’ Day hoax

The fact that the release was made earlier than April Fools’ Day, was incomplete and had the wrong date led to speculation that it was a mistake.

Eventually VW US did in fact say it was all a hoax. “The renaming was designed to be an announcement in the spirit of April Fools’ Day, highlighting the launch of the all-electric ID.4 SUV,” said Mike Tolbert, VW’s US spokesman.

All of the media who had initially covered the story then gave it coverage to say that the whole thing was a hoax. But then they vented, saying: “April Fools’ Day calamity shows the dangers of trying to be cool and funny”, “a cringeworthy incident”, and “in an era of fake news, the light-hearted April Fools’ Day tradition of companies spinning tall tales has lost its charm”. Slate called it a “confusing publicity stunt that reminds the public of the carmaker’s untrustworthiness”.

The comments underneath the articles across the media were a little more fun: “I love the fact that most journalists did absolutely no research and took your word for it.” And another: “I don’t know which is more fun, the prank, or reading all the reporters whine how they fell for it.”

Marketing effectiveness: Fame as a strategy

The ‘Voltswagen’ campaign is an example of marketing effectiveness in action. Let’s look at some of the ‘rules’ that we know through the work of Byron Sharp, as well as Les Binet and Peter Field:

I think you could argue that the Voltswagen campaign adheres to rules 1, 2 and 3 at the very least – even 4 and 5 could be argued.  If “brand salience is conceptualised as the propensity of the brand to be thought of in buying situations”, according to Sharp and Jenni Romaniuk, then I think promoting VW as an electric car brand using attention-grabbing techniques fits into this definition.

Field tells us that the IPA’s data suggests ‘fame’ is the single most effective strategy: “Fame is not simply about generating brand awareness (which turns out to have limited value for most established brands). It is about building word-of-mouth advocacy for the brand – getting it talked about, creating authority for the brand and the sense that it is making most of the running in the category. Fame works – and it makes hard-pressed communications budgets stretch further by getting consumers to do some of the work.”

The challenge for us all when applying fame as a strategy is to find an insight or an angle that is relevant to our brand and category – and execute it in an unexpected way. ‘Going viral’ is not easy – or cheap.

Despite the naïve analysis by reporters, do you really think VW USA did not know what it was doing? Its PR agency is Edelman. The brand has just come off the back of a bruising few years and had just done a major PR event about electric cars a few weeks earlier.

The first part I love is that they made it seem that they had made a mistake. Look inside any major organisation and you will soon know that random press releases do not appear on websites, nor are social media changes made overnight, without management knowing. The second part I love is that the campaign structure ensured that they would get two or three bites of the cherry – as journalists would have to retract the story.

Sneakily, we all smile when a prank comes off – particularly at the expense of those who should know better. The same journalists who unapologetically repeat everything Elon Musk says, accused VW of trying and failing to be Tesla, while giving the brand loads of free PR – just like Tesla.

A few years ago, the US low-cost shoe retailer Payless Shoes pulled a similar stunt with fashion influencers, when it took over a former Armani store in Santa Monica, California. It renamed the store as the vaguely Italian-sounding Palessi and invited fashion influencers to check out the disguised Payless pop-up. They appeared to have been taken in by the prank, Instagramming the high-end look and quality of shoes with prices as high as $1,800, when the normal RRP would be $20 to $40.

In both examples, creativity is the amplifier of fame. Much closer to home, it’s the strategy pursued by Paddy Power and Ryanair. A few years ago, I did an analysis of the media spend by Ryanair and rival EasyJet. The latter was outspending the former three to one on advertising. I surmised that the gap in salience amounted to one person: Michael O’Leary, and his shameless PR stunts. I immediately got my CEO to speak at anything to get PR, even the opening of an envelope.

You might also have read about the GameStop stock-market charade over the last few months. A bunch of people on Reddit decide to pump a particular share (aka creating fame and salience) that was not worth it based on the fundamentals. In doing so, they hurt a bunch of hedge funds and Wall Street types, who, like the journalists in the VW case, proceed to whinge on Twitter about how Redditors taking on Wall Street were playing with fire. We now live in an age where even bad jokes can add or subtract billions of dollars in market value – and the recipients of the bad jokes don’t like it.

If I were the boss of VW, the marketing and comms folks at VW USA would get a pay rise, a promotion or both. They did not just achieve fame: the share price took a further bump upwards after VW USA admitted the stunt had been a joke – and it’s still higher than before. Now that’s impact.

Good for them. No one died. And I hope we all learned about the power of fame as a strategy. 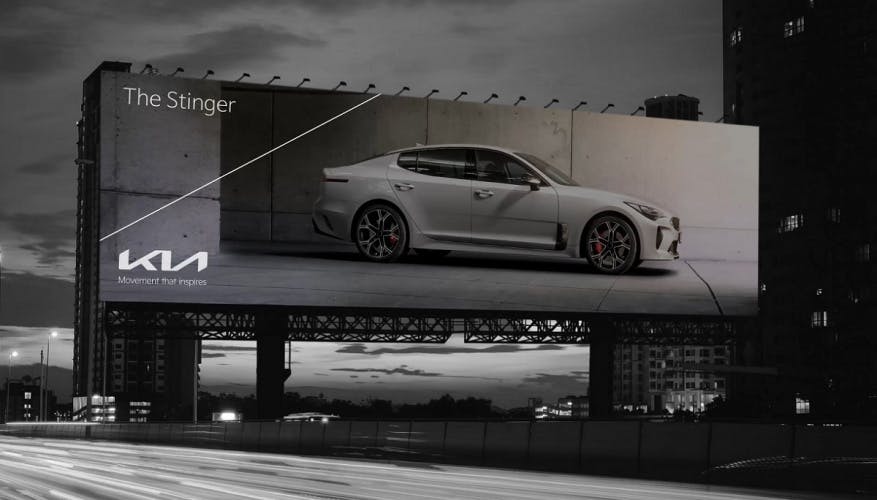 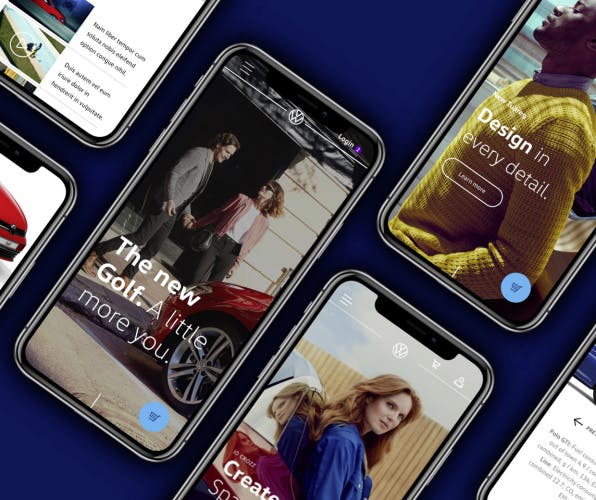 Volkswagen has created a “no filter” brand world that includes the introduction of a new logo, brand design and female voice.