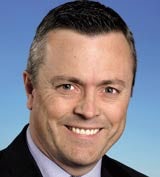 The company’s sales and marketing operations have been split, with network and customer services director Nick Connor becoming sales and network director.

Walder, who was previously marketing communications manager, replaces Munn as Volvo’s senior marketer. Munn left at the start of the year.

Volvo, which did not launch any new models last year, is launching three in 2006 – the new C70 convertible was unveiled earlier this month, the second-generation S80, which is expected in the summer, and the new three-door C30 sports coupÃ©, to be unveiled at the end of the year.

All three launches will be backed by heavyweight marketing activity.

Walder says: “The new launches will help us build the Volvo brand and reinforce the message to people that we have changed. The new sports coupÃ© takes us into a segment we haven’t been in before and will introduce a younger audience to Volvo.”

Volvo appointed Munn as sales and marketing director in 2002 (MW October 10, 2002). He spent more than 20 years with the company but left to take up a senior position with a coal company in the US.

Volvo’s sales for the first two months of 2006 were down 34%, but Walder says the company’s March figures look better than last year’s.

He adds that the company should start to feel the benefits of the new launches later this year.