Voting is now open for the Brand of the Year in the 2017 Marketing Week Masters of Marketing Awards.

Up for the award this year are Amazon, Argos, Aviva, Brewdog, Cancer Research UK, Just Eat, Maltesers, McDonald’s, Tesco and Yorkshire Tea. Each one has a unique reason why it has made the shortlist, and you can read more about each individual brand below.

The Brand of the Year will be chosen by a combination of your votes and the thoughts of our stellar panel of judges.

To vote, visit the dedicated page at www.festivalofmarketing.com/awards/brand-of-the-year

And if you are unsure which brand to vote for, here are some of the reasons they are on the shortlist:

Amazon has used the past year to stake out new business models in emerging areas such as artificial intelligence and the internet of things. September 2016 saw the UK launch of Echo, its voice-activated home assistant, powered by its Alexa AI, a potentially game-changing product that Amazon has put all its marketing weight behind in 2017.

The brand has also revealed sales figures for its Prime membership service for the first time, earning over £5bn in revenues in 2016. Prime sales grew 43% in the year as Amazon quadrupled its overall profits.

Always one to surprise, Amazon has also made a $13.7bn offer for Whole Foods as it looks to become a serious player in the grocery market.

It is also unlikely to cease its production line of innovations, which have recently included Amazon Fresh grocery deliveries and the Dash button, as well as the launch of Prime Wardrobe.

It’s been an eventful year for Argos following its $1.4bn acquisition by Sainsbury’s in 2016. But new ownership hasn’t slowed down its ambitious growth agenda, if anything it has accelerated it. There are now around 50 concessions in Sainsbury’s stores and for the 10 that have been open for more than a year, sales are up by double-digit figures year on year, while at those open for six months sales are between 15% and 20% ahead of expectations, according to the business.

Following a successful Christmas campaign, Argos was also credited with carrying Sainsbury’s over the festive period with like-for-like sales up 4%.

In April, Argos claimed a world first with the launch of a campaign that saw it run 80 time-stamped TV ads across 100 days.

Almost 10 years on from its rebrand from Norwich Union, Aviva is a fixture and force in the financial services market.

Unusual for a company in its sector, marketing is central to its success. Explaining his theory for corporate success earlier this year, Aviva’s UK CEO Andy Briggs told Marketing Week that marketing would be leading corporate success. “Businesses will win if they understand what is important to their customers [and] develop really strong propositions that meet those customer needs.”

Aviva is also leading the way in its commitment to diversity and inclusion. Global brand director Jan Gooding was named its first global inclusion director this year.

BrewDog has come a long way from its beginnings 10 years ago as the agent provocateur and bête noire of the established beer industry, when it made its name as much for publicity stunts as for its products. But with the craft beer revolution becoming a mainstream phenomenon, it is now one of the industry’s power brands.

BrewDog moved into yet another new area in late 2016, launching its first spirits brand – Lone Wolf gin and vodka. Over the year, it also grew its UK sales by 97%, with its Punk IPA beer growing by 130% and Dead Pony Club by nearly 160%.

In the last 12 months, Cancer Research UK has demonstrated the kind of innovation and ambition in its marketing that belies its charitable status and its relatively modest budget.

It launched ‘Sprintathon’ in September, an attempt in partnership with Channel 4 to breathe new life into marathon fundraising that saw 422 runners perform consecutive 100-metre sprints. It followed it in October with a 12-hour Stand Up To Cancer telethon, which was live-streamed on YouTube and handed vloggers and influencers control over fundraising efforts. Its year of doing things differently culminated in the airing of the first ever live colonoscopy during an ad break on Channel 4.

Moves are underpinned by a desire to move away from “generic” fundraising efforts.

The “marketing and technology” company invests heavily in customer experience with a big focus on tech innovation such as virtual reality, artificial intelligence and robotics to improve service in the face of increasing competition from the likes of Uber and Deliveroo.

It also invested time, money and effort in building its brand with a new logo and uniform for delivery staff and in expanding its “community” of restaurants.

After winning Channel 4’s competition for £1m-worth of commercial airtime during the 2016 Paralympics, Mars-owned Maltesers has built differentiation into its brand by continuing to put inclusivity at the heart of its positioning.

Thanks to its Paralympics campaign, which sought to highlight the place of disability in society, sales were growing at 10% at the end of 2016. After the best results in eight years, Mars vice-president of marketing Michele Oliver told Marketing Week to expect diversity “in everything coming from the brand from now on”.

Maltesers followed up the activity in January 2017 with outdoor ads written in Braille.

McDonald’s in the UK finished 2016 posting its 43rd consecutive quarter of growth. In a market that has seen pressure from government and public health campaigners, as well as a host of new entrants, the brand’s local achievements are notable. This especially the case when you consider McDonald’s in the US reported a sales drop in the final quarter.

A renewed focus on the customer, demonstrated by the ‘Experience of the future’ programme that will see all its UK restaurants get a hi-tech make-over including table service and digital self-service kiosks, is cited among the drivers of its success. And it is now looking to move into food delivery in the UK through a tie-up with UberEATS.

Tesco has made huge strides over the past year to repair the damage caused by the 2014 accounting scandal, which saw consumer confidence in the brand nosedive. With former marketer Dave Lewis at the helm, the UK’s largest supermarket has put customers first and foremost, helping its UK stores return to sales growth.

With chief customer officer Alessandra Bellini coming on board in March to head up marketing the brand has taken a new direction, implementing an “inside out” approach to marketing that sees it take inspiration from shop floor colleagues in order to get closer to customers.

Healthy living has remained high on the agenda with a series of initiatives to encourage people to make healthier choices and a tie up with the British Heart Foundation. The supermarket giant has also gone one step further by taking 8,000 tonnes of sugar, fat and salt out of its supply chain.

In a declining market where consumers are turning their backs on black tea in favour of coffee and speciality teas, the Yorkshire Tea brand has shown some of the famed stoicism of the county it originates from.

Employing some of Yorkshire’s best known sons and daughters including TV veteran Michael Parkinson, Olympic triathletes the Brownlee brothers and the Kaiser Chiefs in recent advertising campaigns, the brand is punching above its weight.

The brand was the only FMCG brand to be listed in the top 10 in YouGov’s BrandIndex’s 2016 ranking of the most favourably perceived brands in the UK.

To vote, visit the dedicated page at www.festivalofmarketing.com/awards/brand-of-the-year

‘Mark Ritson Award for Marketing Excellence’ will be his pick of The Masters of Marketing’s channel and sector category award winners. 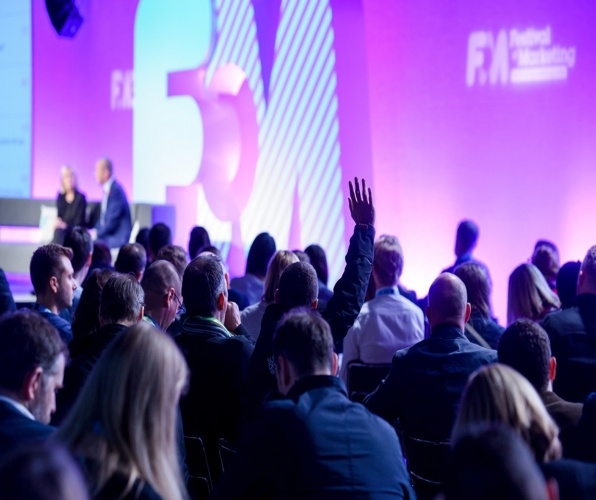