All five brands shortlisted – Aldi, Airbnb,  Lego, Netflix and  Santander – have had a stellar year but which one deserves the accolade brand of the year?

Details of the shortlisted brands can be found below and all five will be showcased at the Masters gallery at the Festival of Marketing in November.

To see the full shortlist for the Masters of Marketing click here.

Aldi has been one of the business success stories of recent years. Its low prices, focused merchandising strategy and innovative promotional tactics have proven a hit with UK shoppers. Sales have soared in the UK, climbing 30% to £6.9bn last year – the kind of spike the big four supermarkets can only dream about.

It has also increased its appeal among shoppers who might have previously eschewed the supermarket –with its award-winning wines and the introduction of new premium ranges.

This year has seen the German-owned brand really try and embed itself into British culture by celebrating its part in British society. Using its sponsorship of Team GB – it is the first official supermarket partner of the British Olympic team – Aldi is telling the story of why it is “a true supporter of the British economy” by championing its suppliers as well as the athletes.

Aldi has earned the right to be called a true disrupter, by dictating pricing strategies in the rest of the sector it has helped turn on its head.

“Everything is awesome” so the theme song for the 2014 “Lego Movie” went. This could also act as a description of the success the brand behind the movie has enjoyed over the past year.

Lego enjoyed a great start to 2015, when it was crowned the most “powerful” brand in the world, an accolade awarded by Brand Finance based on a brand’s ability to impact a company’s performance.  The company’s bottom line has definitely seen the benefit of the brand’s strength – revenue rose 18% in the first half of 2015.

Its success is based on a marketing strategy that has boosted its appeal among children through highly effective merchandising tie-ups with the likes of the Star Wars and Jurassic World movie franchises, while encouraging family engagement through campaigns that connect parents and children.

Lego thinks of itself as an “experience” brand. It is an experience that many people regardless of age and gender are really enjoying.

For Londoners, the Santander brand is impossible to avoid after the bank took on the title sponsorship of Transport for London’s bike hire scheme in March this year. The sponsorship scheme is just one highlight in a stellar 12 months for the financial services brand.

It is attracting account switchers at a much quicker rate than rivals, while brand perception is tracking higher than any of its high street rivals.  The numbers holding its 123 current account – one of the key tenets of its turnaround – stood at 4.3 million in June from 3 million a year earlier.

Its “simple, personal and fair” proposition drives all that the bank does from its approach to customer care to its products and service. It is a mantra that has seen its brand flourish in the past year.

Not content with being a pioneer of the sharing economy and shaking up the hospitality industry, Airbnb turned its attention to values in 2015 with the “Is Mankind?” campaign.

Building on its core proposition – that Airbnb is built on the kindness of its community in welcoming strangers into their home – the firm set itself the mission of exploring the “kindness of man” with the integrated campaign.

It is this kind of content-led storytelling that has seen Airbnb prosper in 2015. Revenue will reportedly reach $850m this year, three times the $250m recorded in 2013 – a huge uplift and testament to the strength of the Airbnb brand.

Netflix is the chief disrupter in broadcasting.  As the biggest and most recognisable brand in on-demand its success has prompted the TV industry’s major players to rethink how they package and distribute shows.

Its use of data to drive improvements in its service and a multi-platform, flexible offering that empowers customers by giving them choice of what to watch and when is what drove Netflix’s success initially.

Marketing focus switched in 2015. Promotion of original shows, with major campaigns for series such as “House of Cards”, “Orange is the New Black” and “Better Call Saul”, is now priority. It’s a strategy that has seen Netflix move to another level.

Vote for your favourite brand now. 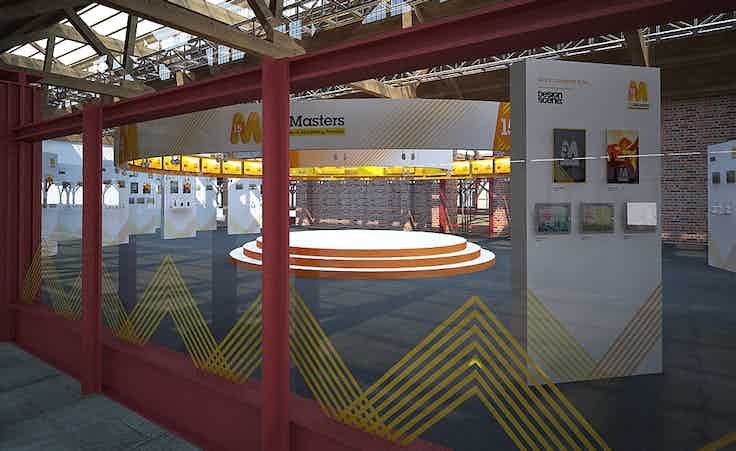 Hundreds of entries have been debated and analysed and we can now reveal the inaugural shortlist for the Masters of Marketing.

Marketing Week columnist Mark Ritson will take to the stage at the Festival of Marketing as representatives of the major brand valuation companies come together for the first time to debate the future of brand valuation and decide whether it is ‘brilliant or bullshit’.