All five shortlisted – Lynton Crosby, Kenny Jacobs, Rebecca Snell, Jacco Van der Linden and Tanya Joseph – have had a huge impact on their organisations but which one deserves the accolade marketer of the year?

Details of the shortlisted brands can be found below and all five will be showcased at the Masters gallery at the Festival of Marketing in November.

Click here to see the full shortlist for the Masters of Marketing.

Lynton Crosby is not a traditional marketer but is widely acknowledged as the strategic brains behind the recent Conservative Party general election win. His careful stewarding of the campaign and messages makes him one of the most successful marketers this year.

Before being appointed in late 2012 to work for the Conservatives on the 2015 election, Crosby was a successful national campaign director for Australia Prime Minister John Howard’s Liberal Party in 1998 and 2001, and was campaign director for the British Conservative Party during the 2005 General Election when the Party won 33 more seats, the first net gain from Labour since 1992.  He founded the consulting firm Crosby Textor.

Crosby returned to British politics for the May 2008 London Mayoral Campaign; he masterminded the campaign that saw Conservative candidate Boris Johnson beat the Labour incumbent Ken Livingstone. In 2012 he repeated this success as campaign director for Boris Johnson for a second term, Back Boris 2012, bucking the Conservative Party’s national trend.

Kenny Jacobs was a brave man when he took the job of chief marketing officer at Ryanair. The low cost airline was not known for its customer service and despite being a very successful business, was seeing customers turned off by the airline’s reputation.

His appointment has yielded results, with full year profits of €867m, ahead of previous guidance, with net profit up 66%. Jacobs is responsible for sales, marketing and customer service. Previously Jacobs was CMO for Moneysupermarket plc, which has a set of digital brands saving consumers money on insurance, finance, energy and travel.

Jacobs has spent most of his career in retail, with Tesco PLC as marketing director in Tesco Ireland and brand director for Tesco UK. Prior to that, he worked for German retailer Metro Group GmbH in various roles in marketing and IT in Europe and Asia.

With 18% global sales growth in the first half of 2015, Lego is a brand driven not only by a strong core product but by endless innovation, entry into new markets and even community co-creation. Bricks, films, games, robots, books…the list continues to grow. As head of UK marketing Snell is responsible for overseeing the marketing function in the UK and Ireland, tasked with driving the company’s position in the marketplace, building relationships with new and existing customers and brand communications.

Previously at Bacardi, Snell was responsible for the launch of Bacardi Oakheart spiced rum in 2011, which is said to have been the company’s biggest growth product in that year.

Jacco Van der Linden received the top honour from his employer when he was promoted from UK marketing director for Heineken to managing director of Heineken in China this summer. The brewer acknowledged that his leadership in the marketing role had seen the brand increase innovation and strengthen its portfolios.

He has been with Heineken for over 16 years holding increasingly senior international management positions in general management, marketing and sales. In 2014, he won the Global IPA Advertising Effectiveness Award and was nominated for Marketer of the Year in the UK. Heineken won advertiser of the year at this year’s Cannes Lions festival.

The Sport England campaign to increase female participation in sport – This Girl Can – became one of the blockbuster marketing campaigns of 2015. More than that, it became a movement, with Sport England now looking for commercial partners to help take the message wider than ever before.

Joseph joined Sport England in January 2012 as director of business partnerships, responsible for corporate affairs and commercial relationships. Starting her career as a journalist, she has never lost the potential to spot a good story, working for the government as a press secretary to the Lord Chancellor and Prime Minister. She has also provided consulting for brands including Tesco, Mars and Heinz. But it is in her role at Sport England that Joseph has made her mark in a very public way.

Vote for your favourite marketer now 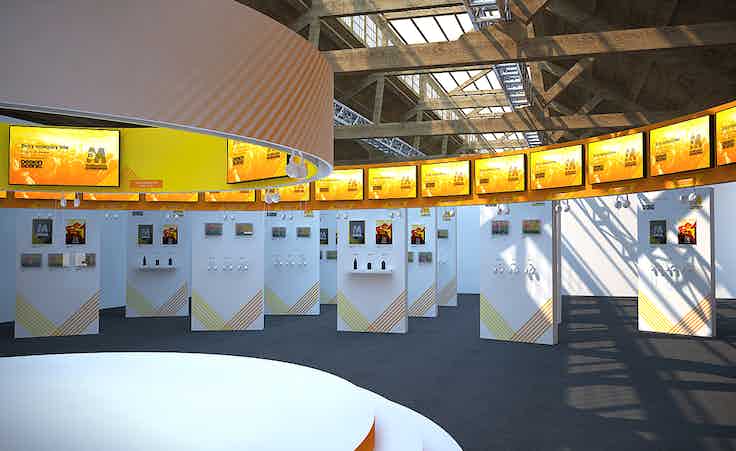 We need your help to choose the brand of the year for the inaugural Masters of Marketing awards.

Marketing Week columnist Mark Ritson will take to the stage at the Festival of Marketing as representatives of the major brand valuation companies come together for the first time to debate the future of brand valuation and decide whether it is ‘brilliant or bullshit’.