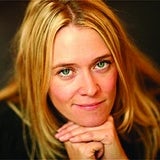 The Vue Film Show will be filmed on location at the company’s Westfield cinema and hosted by BBC Radio 1 DJ Edith Bowman.

The programme will feature film news, reviews, competitions interviews, which will include questions submitted by Vue’s Twitter followers.

The Vue Film Show will broadcast on Thursday evenings and be repeated on Saturday mornings. It will also air on Channel 4’s YouTube channel, C4+1 and be available via 4oD.

Mark De Quervain, Vue sales and marketing director, says: “The Vue Film Show will be the only programme of its kind on commercial terrestrial TV and will be the first time that we have brought our love of films to the small screen.”