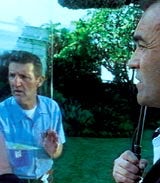 Volkswagen has taken the unusual step of appointing a new advertising chief from outside the car industry.

Alan Doyle, currently head of consumer marketing at Yellow Pages, will be joining VW at the end of this month as communications manager. He replaces Bernard Bradley, who left to join Volvo in July (MW July 13).

Doyle will take charge of VW’s &£35m advertising budget, consumer marketing, retailer marketing and the company’s Internet site. He will be the first point of contact for VW’s advertising agency, BMP DDB.

Doyle joined Yellow Pages five years ago. Before that, he worked at Golden Wonder and Rothmans in brand manager roles.

During his time at Yellow Pages, Doyle has been responsible for consumer marketing of all its brands. He was behind the Yellow Pages &£6m marketing onslaught on London which included the first liveried Underground train two years ago. He oversaw Yellow Pages’ television advertising and the relaunch of Yell.com in May.

Doyle says: “I felt I had drawn a line under everything I have achieved here and was originally looking to move on to a role in new media. But the power of the VW brand was too hard to resist”.

Doyle joins at a tough time for the motor industry, following months of poor sales and pressure on pricing from consumer groups.

BMP DDB has created a cinema ad for Arla Foods’ Harmonie Organic dairy range as part of a £2m campaign, with media through Carat.

WWAV Rapp Collins Media has appointed Steve Hickman as head of non-broadcast media. Hickman joins from IPC’s Innovator, where he is sales director.

I read David Kilburn’s column, “Never mind TV ads: paint a cow” (MW October 12), with great interest, but I couldn’t shake the feeling that this is just the sort of thing that gives the marketing industry a bad name. The gist of the piece was that rural India represents a huge marketing opportunity for […]