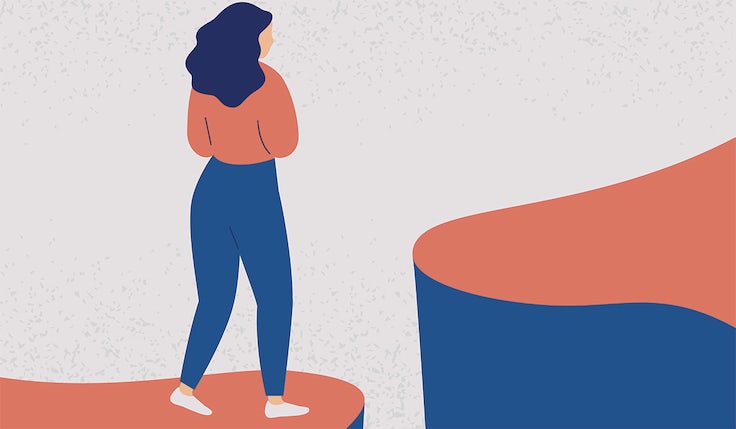 The pandemic has undoubtedly had a traumatic impact on business, but the positive effect on corporate culture should not be underestimated.

That is certainly the case at retailer Waitrose, where customer director Martin George has seen a dramatic flattening of the hierarchy, as boundaries have been broken down and colleagues have got to know each other better as individuals.

Speaking last week at the Festival of Marketing: Fast Forward, George pointed out the differences in corporate culture today to when he started his marketing career at Cadbury in the 1980s.

He remembered joining the confectionary giant as a graduate and appreciating the “wonderful culture” that gave young marketers the chance to assist on a small brand such as Star Bar and Chocolate Eclairs, before moving onto a big brand – in his case Wispa and Dairy Milk.

“In terms of the job, it was probably very similar to the marketing scope you would now experience, but certainly the tools you had available in those days were far fewer and the accountability for the outcomes was probably less than it feels like it is now,” he reflected.

But George believes younger and older generations of marketers have more in common than ever. They agree on the importance of identifying target customers and understanding what motivates them, he said, as well as the value of building competitive advantage and translating that into sustainable financial performance.

The Waitrose customer director believes a sense of curiosity, a comfort with data, a feeling of restlessness, customer focus and the ability to adapt are common traits between marketers of all ages.

However, he can see how the default marketing channels for ‘digital natives’ might differ from his natural choices, given the experience of his formative years in marketing. Furthermore, George believes younger marketers act as a “constant prompt” to their senior leaders to consider all the different stimuli a customer experiences, particularly on social media.

Millennials are driven by a great sense of purpose and they think harder than my generation did about the ‘why?’

“What I also find with millennials though, which is why it’s such a wonderful generation to work with, there’s a really strong sense of curiosity and I love the fact they don’t in any way feel constrained by previous experiences. I don’t think there’s a cynicism or a scepticism that perhaps comes as you get a bit older and that creates a world of possibility is really inspiring and uplifting,” said George.

“The digital native piece is probably one of the most obvious differences between the two of us, but what I’m really impressed by is millennials are driven by a great sense of purpose and they think harder than my generation did about the ‘why?’. They’ve got a much stronger social conscience and think about not only what they’re doing to help their business or brand, but also more than my generation they think about what they’re doing to help society and the world at large. They act as a brilliant conscience for my generation.”

George was joined on the session by Waitrose assistant marketing manager for CRM and loyalty, Isabella Brugognone, who started her Waitrose career in 2013 and has worked across retail, personnel and now marketing. She reflected that growing up as a digital native there was always some new tech to explore.

“It does make you more curious and more adaptable, so you’re able to pick things up a bit easier,” said Brugognone. “Coming into marketing where things can change on a daily basis and you’re always looking for the new, latest way of doing something, [a curious mentality] really does help.”

George agreed, describing Brugognone’s generation of marketers as “positively disruptive” in the sense they never hesitate to question the status quo.

“The temptation when you get to a stage in your career is you feel like you’ve seen a situation like this before. You’ve got the book you go to, whether it’s mental or physical, and you draw out what you’d do in circumstances like that,” he explained.

“What Izzy and this generation do is say ‘Well, are you sure that’s right? Are sure you that’s the appropriate response?’ It’s not the same as it was, it’s a different manifestation of that topic. Therefore, as the world’s moved on so should the approach we’re employing to address it.”

Now we’re all on a level playing field where actually it’s OK if someone wants to work a couple of hours in the morning or a few hours in the late evening.

The Waitrose customer director believes the past year of working amid Covid has facilitated new ways of having those “challenging conversations”. George pointed to the way Brugognone’s generation has reacted to the global issues which have emerged over the past year, from the Black Lives Matter movement to the environmental crisis, provoking senior leadership to question if they are taking these matters seriously enough.

Brugognone explained that marketers of her generation are not afraid to challenge the received wisdom and the greater sense of empowerment she and her peers feel to have these debates with their managers is a big advantage to come out of the past year.

George is proud of the way the Waitrose marketers have got to know their colleagues better through this period of adversity. He believes both the pandemic, coupled with the shift to remote working, has taken away the sense of hierarchy, a change he doesn’t want to see disappear once the crisis ends.

Another positive change to corporate culture has been the renewed focus on work-life balance. Brugognone pointed out that prior to the onset of Covid-19 it was all about the appearance of doing a 9am to 5pm, whereas the past year has “equalised everyone”.

“Now we’re all on a level playing field where actually it’s OK if someone wants to work a couple of hours in the morning or a few hours in the late evening and work around their personal life,” she said. “It doesn’t matter anymore and that applies to everyone.”

George explained this change has been dramatic, recalling the presenteeism of business culture in the 1980s.

“When I first started at Cadbury’s, where you parked in the car park demonstrated what time you got in. The people who were closest to the front of the car park were the people who were clearly ‘the keenest’ and there was an apparent correlation between the hours you worked and how good you were. It was almost that direct correlation,” he remembered.

“I’m kind of embarrassed to recount that, because it’s so far from where we are now.”

When the business moves to a hybrid mix of remote working and time spent in the office, both George and Brugognone do not want to lose this focus on trusting the team and prioritising the quality they bring, rather than how early they get into the workplace.

Over the past year Brugognone has also appreciated the way senior leaders have taken an even greater interest in the people behind the work. Weekly internal emails sent by George, for example, celebrate the contribution made by different members of the marketing team.

“Sometimes it can be that you [senior leaders] can ask for something to get done and it gets done, but acknowledging who plays a really big role is important, especially for my generation where it is quite hard sometimes to get into the marketing world and you have to try loads of things to find your way,” said Brugognone.

“Having that acknowledgement and someone knowing who you are makes a really big difference.”

George believes it would be a big mistake if businesses revert to the status quo and forget about the benefits of “light-touch leadership” when there is a return to some sense of normality.

Considering his advice for the emerging generation of marketing talent, George urged them to prioritise diversity of thought and experience, as well as to embrace risk even if it makes you feel uncomfortable. He also encouraged them to never stop learning.

“When people are busy, and most marketers typically are, sometimes we relegate personal development in importance and my strong encouragement is to treat it as a priority. There’s a sort of irony for me which is, our core capability is to build differentiation and actually that is what career development is all about,” George added.

“It’s about building your points of difference, because that’s what will get you on in life. So, I would say never stop learning and build diversity of learning and experience. The times when you feel most uncomfortable are more often than not the times you’re learning the most.” 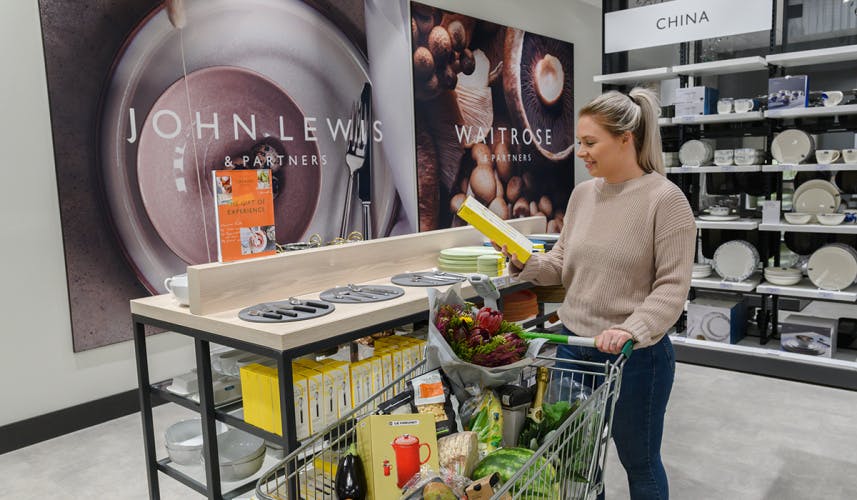 Isaacs joins the supermarket brand as the John Lewis Partnership undergoes a head office restructure, with part of her remit to explore opportunities to bring the Waitrose and John Lewis brands closer together.

From Boots and Cadbury to British Airways and the Post Office, Waitrose’s customer director has soaked up a wealth of marketing knowledge working across a variety of British brands during his 37 year career.