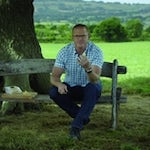 Waitrose is launching the first ever television advertising campaign for Duchy Originals after acquiring the exclusive rights to sell the Prince of Wales’ organic food range last year.

The organic range, which Waitrose acquired last year is being relaunched in Waitrose stores this month with new packaging and new products.

Waitrose aims to encourage trial by offering a 25% off promotion.

The 60-second ad, created by MCBD, will air on ITV tonight (2 September) at 7pm.

The grocer also plans to expand the range to include more than 400 organic products made by British producers.

The TV ad will be supported by a press campaign and online activity.

Earlier this year, Waitrose promoted its head marketer Rupert Thomas, who has led a the development of essential Waitrose, the Delia and Heston campaign and Duchy Originals, to the management board.