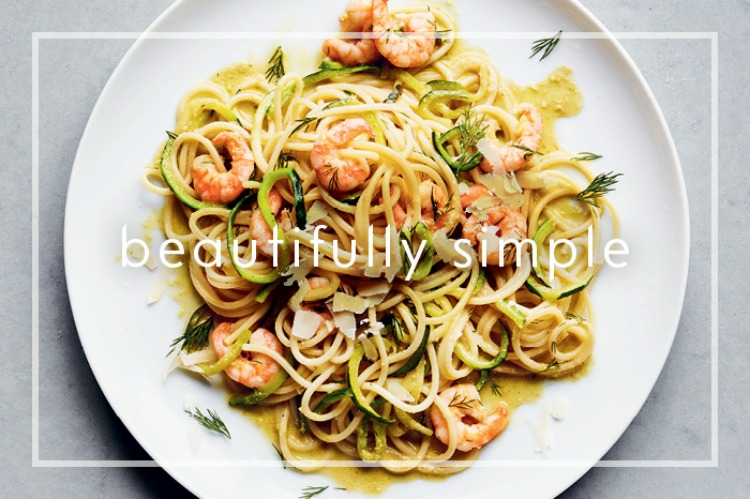 Waitrose is launching a new brand campaign that puts the focus of its advertising back on food and cooking.

The ‘Beautifully Simple’ campaign, created by adam&eveDDB, aims to inspire customers to cook more often using a small number of fresh ingredients to create everyday meals. Using the tagline ‘Great food is simple when you start with the best’, it will showcase recipes that use just seven ingredients, starting with prawn spaghetti with lime and chilli.

The campaign goes live today (18 April) across TV, print, digital display and outdoor. It will be supported by a social media campaign that uses Facebook Canvas, hyperlapse videos and image carousels to share the recipes and a hashtag, #beautifullysimple that encourages customers to share photos of their dishes to be in with a chance of winning cooking prizes.

Waitrose is also offering 25% off key recipe ingredients, and products will be promoted together in-store and integrated across other comms channels, including recipe cards.

Rupert Ellwood, head of marketing at Waitrose, says: “We’ve seen an increasing trend for people wanting convenience without compromising on quality and that includes scratch cooking.

“We wanted this campaign to inspire people and make it easy for them to eat delicious food. The no-fuss recipes have been created so that you’re only ever a few straightforward steps away from a tasty home-cooked meal made with the best fresh ingredients.”

READ MORE: Waitrose returns to TV for first time in a year with provenance push

The new campaign is a shift for Waitrose, which in recent years has tended to focus on provenance, quality and community spirit in major ad campaigns. It comes as the upmarket grocer struggles for growth, with like-for-like sales up by just 0.9% in the year 27 January 2018.

Margins at the supermarket are under pressure as cost price inflation rises at the same time as Waitrose has been forced to cut prices to improve competitiveness in its ‘Essential Waitrose’ range. And according to Kantar Worldpanel, while its sales were up 1.5% year on year in the 12 weeks to 28 January 2018, this was behind the rest of the grocery market and meant its market share slipped to 5.2%.

Plus its brand has taken a hit in certain areas over the past year, particularly in terms of consumers’ value perceptions. According to YouGov BrandIndex, that metric has fallen by a statistically significant 1.8 points to -8.9 over the past year, putting it bottom of a list of 26 supermarket brands. It does however, remain fourth overall in the ranking and second in terms of quality.