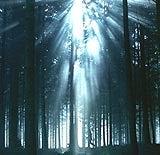 Waitrose is launching two television ads next week to promote the quality of its lamb and its range of Indian ready-made meals. The 30-second Indian meals ad features an old Morris Ambassador taxi making its way across India to the soundtrack of Dion’s The Wanderer, while the ad for lamb shows farmer Jim Dufosee, who has supplied the supermarket with meat for the past ten years, on an early-morning walk with his sheepdog. Both executions were created by Banks Hoggins O’Shea/FCB with media buying by BHO/MBS Media. The ads follow the supermarket’s first foray into TV advertising in May this year (MW May 3).