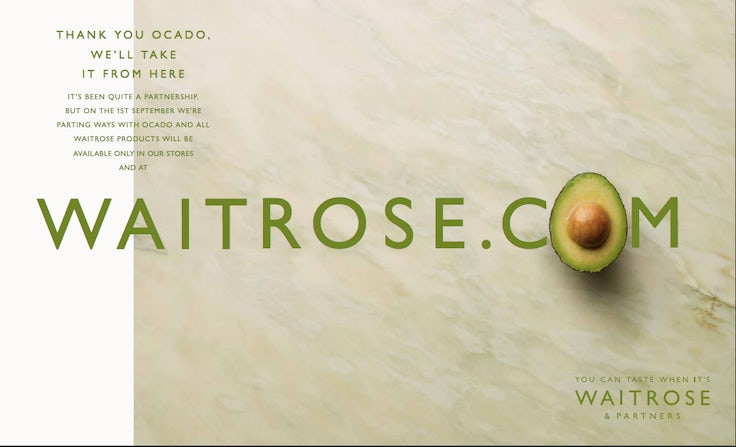 Waitrose and M&S battle it out for Ocado shoppers

Waitrose and Marks & Spencer are battling it out to win over Ocado shoppers as both launch new campaigns.

Waitrose is appealing to quality using targeted social media to go outside of its circles and make people aware that Ocado and the grocer are splitting after 18 years. Meanwhile, M&S is using TV to focus on price and convince more families to do their big shop with it.

Both are offering different perspectives on why shoppers should choose them. Waitrose has invested heavily in production sites to ensure Waitrose.com can rival Ocado but it still has some way to go in order to provide the level of streamlining that Ocado offers if Twitter responses are anything to go by. It has also launched a next day delivery platform called Rapid for those shopping in London that it is looking to expand.

M&S has convenience on its side with Ocado shoppers potentially more likely to stick with it. However, marketing will be crucial to both as both battle it out.

READ MORE: ‘We have food like no other’: Waitrose joins battle for Ocado shoppers 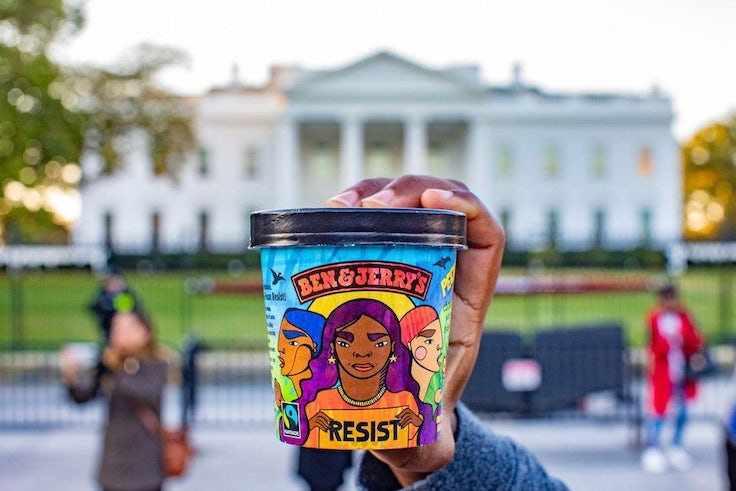 Ben & Jerry’s has seen a rise in brand love after its Twitter feud with the Home Office. The ice cream maker hit out at Home Secretary Priti Patel last week for her treatment of migrants with the brand already seeing a rise in consideration according to YouGov data. Interestingly, people are slightly less keen to work there though with reputation score decreasing slightly.

Ben & Jerry’s has a long history of supporting good causes with further social issues a key part of its strategy from its founder. It has also been working with migrant charities for a while to try to get asylum seekers the right to vote so there is no danger of its tweets being seen as a marketing ploy.

Other brands looking to highlight their brand purpose would do well to follow suit. The Unilever-owned brand works with charities in the space in order to ensure their work is actually needed and makes a point not to speak about all the work it’s doing, gaining it a reputation in the charity sector.

READ MORE: Ben & Jerry’s move to take on Number 10 over migrants pays off 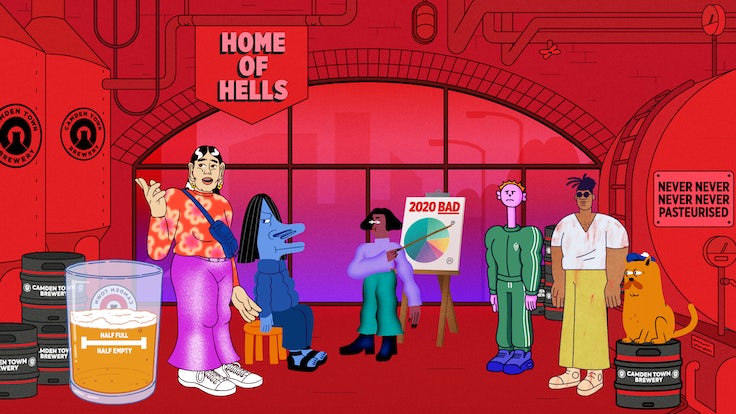 Camden Town Brewery is focusing on effectiveness as it looks to increase ROI in a struggling market. The premium brewer is focusing on how to be more creative with a stricter budget as the industry struggles with the repercussions of lockdowns.

One way is the brand’s new ad which sees it show QR codes for consumers to scan and potentially win free beer. It has also put in time to think about how to get the most earned media. Rebranding its Hells Larger to Heroes for example in order to gain headlines and get free marketing. It is also focused on doing the right thing recently launching an American Pale Ale called To The Pub, that will donate profits to the production of free kegs for its pub customers to help them as social distancing limits sales.

One way the beer company foster creativity is ensuring it spreads outside marketing. Anyone from inside the business can pitch an idea which ensures everyone remains inspired and on the ball.

Camden Town’s marketing director Andre Amaral explains: “The environment is very creative, people are encouraged to think differently for the sake of being better, from brewing to selling to marketing.” 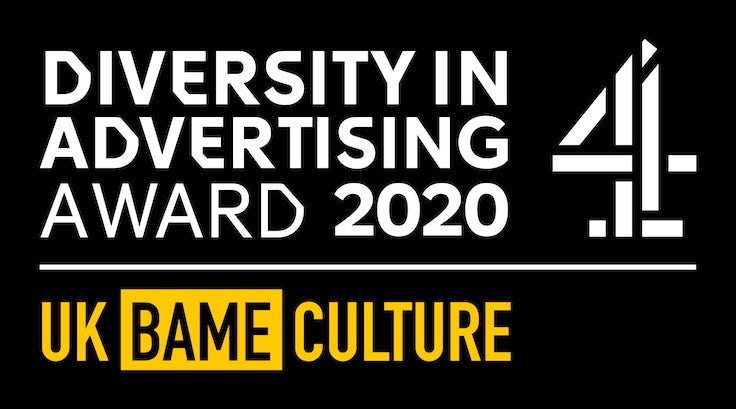 Channel 4’s Diversity in Advertising award is back for its fifth year, this time challenging brands to authentically represent Black, Asian and minority ethnic (BAME) groups in a campaign.

In a year in which the death of George Floyd in the US has pushed the issue of really tackling racism and systemic inequality up the agenda, it was difficult to see Channel 4 opting for any other cause. It has previously focused on disability, mental health, the portrayal of women and lack of representation and stereotyping of the LGBT+ community.

The award always has an illustrious shortlist of brands and agencies. And with winners including Starbucks, Lloyds Bank, the RAF and Maltesers it’s clear the UK’s biggest advertisers are taking the competition seriously.

However, there’s been a real dearth of shortlisted brands going on to air the campaigns they enter, even with the promise of £250,000 in matched airtime. And in one case the winning brand actually pulled its campaign.

The award does some nice PR for Channel 4 and fits perfectly with its brand purpose. The broadcaster should be lauded for its efforts to get advertisers thinking about the types of messages they are putting out and the people they are representing, even if it’s only for one campaign.

But it’s equally clear that this isn’t having the impact across the industry Channel 4 no doubt hoped for. Brands and agencies need to do better on representation when there isn’t £1m up for grabs.

Moving beyond poker is a big call for a brand like PokerStars, but the gambling company hopes that by flexing its muscles across sports betting and casinos it can become an “entertainment titan”.

The idea behind new creative platform ‘I’m In’ is to attract a new audience to the PokerStars brand, bringing people into the community who previously haven’t played poker and want to be part of something “cool and aspirational”.

Global director of brand, creative and communications at PokerStars owner The Stars Group, Martin Nieri, went for a cinematic, stylised black and white look for the campaign in a bid to differentiate the brand from the “shouty” odds-focused creative of typical sports betting businesses. This is also the first time PokerStars is rolling out a safer gambling message across its TV advertising.

Originally slated for launch earlier this year, the campaign was postponed until the third quarter as Nieri felt the timing wasn’t right to introduce a new brand during the Covid-19 lockdown. The team “strenuously” tested the appropriateness of the message and the campaign’s general attitude over the past six months to ensure it would land with the target audience.

Described as a “global statement”, the I’m In positioning is being rolled out across the UK, France, Germany, Spain and Canada, while PokerStars is also working on how the rebrand will play out across its programme of live events set to return in 2021.

The ultimate ambition is to make PokerStars a brand as synonymous with entertainment among the 18 to 34 year old audience as Netflix and Fortnite. It will also be a tough ask to stand out in the highly competitive gaming and gambling sector, especially given its stablemates in the wider Flutter Entertainment group include the likes of Paddy Power and Betfair. But with this rebrand, however, PokerStars is confident it has a chance. 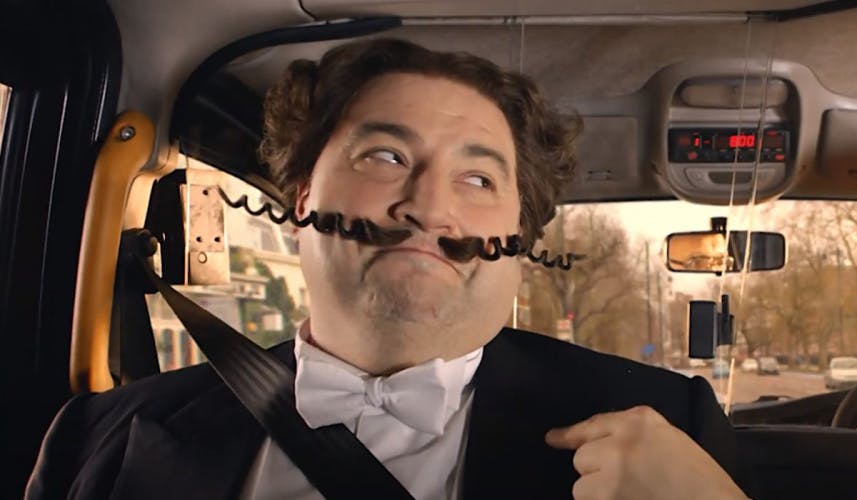 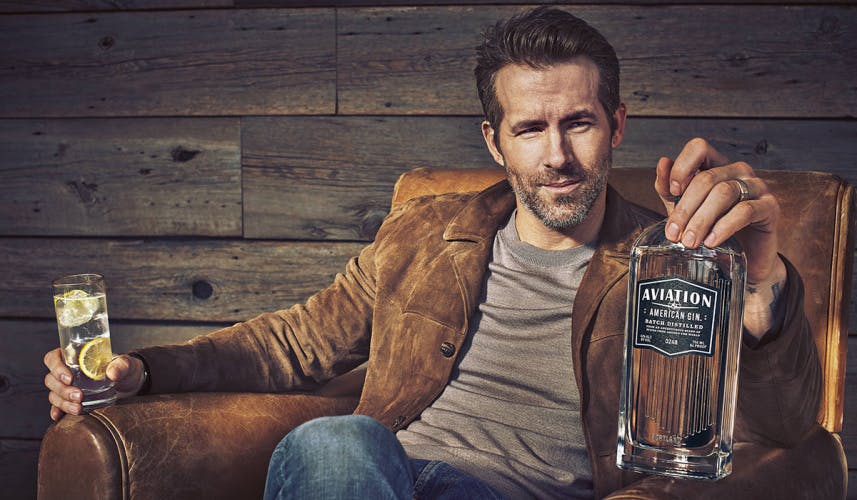 Marketers seem to believe that Diageo’s acquisition of Aviation Gin provides a blueprint for how to grow a spirits brand but it would be better if they focused on what makes their brand practical and unique.

As the UK enters the deepest recession in living memory it is understandable companies have kicked into survival mode, but giving up on long-term strategy has the potential to cause serious brand damage.