Adam+Eve was appointed following a two-month pitch process. The move was necessitated by Waitrose’s previous creative agency BBH’s decision to take on the Tesco ad account.

Waitrose advertising under BBH has recently focused on promoting the unique structure of the supermarket, where its staff own a share of the business. Its Christmas campaign showed a young girl whose ambivalent attitude her school cake sale changes once she learnt to make her own, highlighting how “when you own something, you care a little more”.

It followed on from its Easter campaign last year when it used a boy growing a carrot to reflect its co-working structure.

Waitrose’s marketing director Rupert Thomas says Adam+Eve will “play a strong role in helping us to deliver the hallmarks of our brand: quality, innovation and trusted provenance.” The agency will start work on the brand now and be responsible for its Christmas brand campaign.

The contract initially only runs until Christmas but Thomas hopes it “will be the start of a successful and long-term relationship”.

Adam+Eve is Waitrose sister brand John Lewis’ agency. A Waitrose spokesperson said this had no bearing on the decision and Adam+Eve were chosen on the strength of their pitch.

However, this is the second time Waitrose has had to repitch its ad business due to circumstances beyond its control. In 2011, MCBD had to resign the account following its merger with Dare, which worked with Sainsbury’s.

It is understood Waitrose is keen to avoid that happening again, with the choice of Adam+Eve providing that reassurance as it won’t want to jeopardise its relationship with John Lewis.

The agency is known for its high impact advertising. It has been responsible for the John Lewis Christmas ad campaigns that have proved hugely popular with the public.

The agency was also behind high-profile campaigns for Marmite, including the controversial ‘love it, hate it, just don’t forget it’ messaging, and the electricity company SSE’s brand revamp.

Waitrose, however, is not in particular need of a brand revamp or an awareness boost. YouGov’s BrandIndex shows it has one of the strongest brands in the supermarket sector, coming third in a list of 26 supermarkets for its overall Index score – a measure of a range of metrics including impression, quality and reputation.

That was behind just Marks & Spencers and Sainsbury’s. It also comes in the top four for almost every other metric.

The only area in which its brand falls down is ‘value’. According to BrandIndex it has a score of -2.1, putting it in 19th position.

Waitrose is understood to be keen to reassert its quality and innovation credentials, squaring up with Marks & Spencers for the title of leading premium grocer.

Laura Tan, head of strategy at Brand Union, says “quality and integrity” continue to set Waitrose apart from the likes of Tesco, Sainsbury’s and Morrisons and that it will “need to ensure this image is not lost in any future activity”.

Bryan Roberts, analyst at Kantar Retail, believes Waitrose has two options for the direction it can take with its marketing. The first would be to go on the defensive and try to hang onto shoppers by playing to its strengths.

“They can really dial up quality, provenance, service and multichannel. As Price said last year – be everything that the discounters can’t be,” he says.

The second option is to go on the offensive and focus more on value and pricing, as well as other things that differentiate its offer such as its loyalty card.

“If Waitrose wants to win shoppers it needs to dial up the idea that it’s not expensive and that the premium shopping experience is worth paying for.”

“There are plenty of reasons to shop at Waitrose but there is one big reason not to – its relative expense. If it wants to win shoppers it needs to dial up the idea that it’s not that expensive and that the premium shopping experience is worth paying for,” adds Roberts.

Waitrose has been working in this area for some time – improving and expanding its ‘Essentials’ own-label range and investing in price in a move Planet Retail’s David Gray says has allowed to continue attracting affluent customers while at the same time becoming increasingly mainstream”.

However Waitrose has not been immune to the wider challenges in the supermarket industry – namely the rise of the discounters and subsequent price pressure. Gray says Waitrose has been “pulled into the price war” in a bid to remain competitive and because it price matches with Tesco.

That has affected its results – with like-for-like sales for the first six weeks of the current financial year falling.

“Waitrose are the best performing of the traditional supermarkets but even their numbers are declining on a like-for-like basis. There are signs that the wheels are starting to come off and I think the picture will be some slowdown from them this year mainly due to the situation with the market,” says Gray.

Nevertheless, he believes Waitrose should be wary of talking up price too much as its “not a differentiator anymore”, instead doing a better job of communicating things like its loyalty card and store initiatives.

“The whole market is focusing on price, if they put too much of their message into that they can’t get their other messages across. They need to talk more about the experience of shopping at Waitrose – the remodelled stores where you can try their products and sit and eat – not shouting about price,” says Gray. 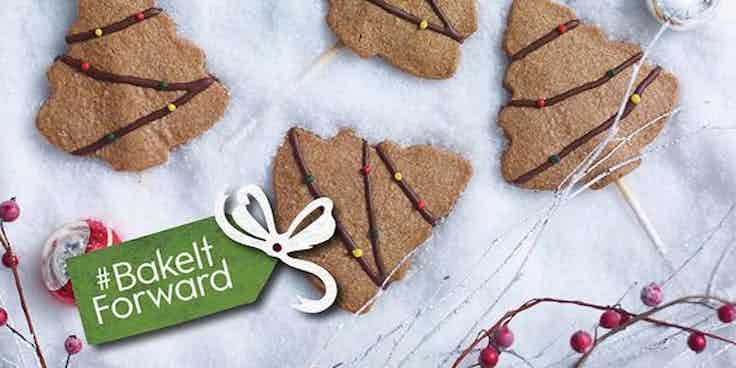 Waitrose’s Christmas campaign #bakeitforward is the latest sign of the upmarket grocer moving to a social-first marketing strategy as it looks to tap into a social media revolution that head of marketing Rupert Ellwood claims has “completely changed” the way people engage with food.