The upmarket supermarket saw sales in the three months to 26 December increase 13.6% compared to the same period in the previous year according to the latest grocery sector data from market research company Nielsen.

The grocery Sector had a “robust” December and a “particularly strong” Christmas according to the market research firm.

Tesco trailed behind its rivals with the lowest sales growth during the period. Sales in the four-week period were up 7.4% on last year and up 5.3% in the quarter.

Morrisons sales were up 11.8% in the month before Christmas and up 10.1% for the 12 weeks to 26 December boosted by the six-week loyalty bonus customers were able to redeem in the week before Christmas.

Asda saw sales rise 8.6% in December as customer took advantage of its price cutting drives, and up 6.1% in the quarter.

Sainsbury’s sales for the run up to Christmas were up 7.7% and up 5.9% for the 12 weeks to 26 December according to Nielsen, but in a trading statement released today the supermarket chain reported sales up 6.2% for the 13 weeks ending 2 January.

Justin King, Sainsbury’s chief executive, says the chain welcomed one million more customers each week during the quarter reaching an all-time high of 24 million customers in the week to Christmas Eve.

He also said that investment in the infrastructure of the business has allowed Sainsbury’s to step up its marketing led activities such as Halloween and toys and entertainment.

The Co-operative Group benefited from the merger with Somerfield and the conversion of stores to its Co-op fascia. Sales were up 11.4% in December and 7.3% up in the three months to 26 December.

Mike Watkins, senior manager of retailer services at Nielsen, says: “We had a slow start to the season and from the figures it looks like consumers held back until the final fortnight where we saw some exceptional growths.”

According to Nielsen, the level of promotional activity in supermarkets remained at 35% this year, while it usually decreases in December.

Watkins continued: “Shoppers shared in the bonanza – price cuts, bigger than ever promotions and loyalty scheme give-aways all helped encourage shoppers to spend. And with many shoppers bringing forward some bigger ticket purchases ahead of the January VAT increase, the large out of town supermarkets enjoyed strong growth in general merchandise. This is further evidence of the success of food retailers in building market share in seasonal non-food goods, gifting, clothing, 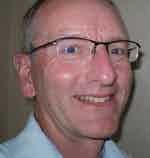 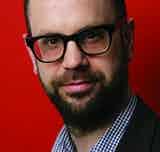 Kingsmill is to launch a new range of bread called Oatilicious, which will be baked with a combination of wholegrain oats and wheat flour. Its launch will be supported by a £1.3m advertising campaign.