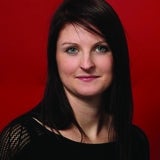 The supermarkets always appear to be in some stage of price war, but Waitrose isn’t front of mind when you think of the constant tit for tat the others engage in over price. Until now.

The high-end supermarket has launched its biggest ever price driven campaign this week, which falls alongside Tesco’s Price Drop, Asda’s Price Guarantee and Morrisons Price Crunch. Not to mention Sainsbury’s overhaul of its branding to push a more value-centric message.

Waitrose isn’t doing anything in terms of price cutting or price promotions that it hasn’t been doing for the last 12 months, but in light of the recent activity in the sector, it’s taking the opportunity to reiterate its value commitments.

It has price matched Tesco on 1,000 branded products since 2010. It has also offered its Essentials basics range since 2009, which despite early doubts that Waitrose could offer a credible value range without destroying its quality position, now accounts for 18% of all Waitrose sales and blew all expectations clear out of the water.

It is also the only supermarket that offers free online delivery, on every grocery order.

While I think it’s important that Waitrose makes it known that it offers this value positioning so that it can carve a greater share of the market, it does run the risk of eroding its sophisticated positioning.

It has previously stood by and watched the Big Four, and the discounters Aldi and Lidl, bicker amongst themselves over price promotions, and slam each other’s initiatives like schoolchildren fighting in the playground.

In doing so, Waitrose has retained a decorum that the others sometimes lack. It would be disappointing for it to get drawn into the battle now. 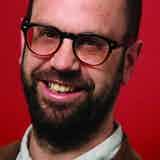 The regulation of postal services has passed from Postcomm to Ofcom. The change has prompted all concerned parties to produce a shopping list of demands. And so they should. A change in regulator offers the perfect opportunity to transform mail services forever. Ofcom is currently busy transposing the current regulatory framework in to its own […]

You can understand why large corporates are obsessed with bringing together their brands for consumer-facing activity. With only so much budget to go round, why not pool together resources and see if greater synergies can be achieved via a multibrand template? Better still, the sales team can focus on executing fewer, bigger, better or whatever […] 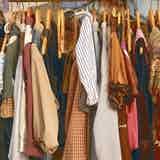