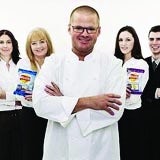 The final deadline for Engage Awards entries is looming but there is still time to enter the FMCG or any other of the categories. Click here to access entry forms.

Walkers’ campaign challenged the nation to suggest a new flavour for the range and after developing six of these suggestions, the company asked the nation to vote on their favourite via social media channels. The competition culminated in a win for Builder’s Breakfast, which was launched and sold until May 2010.

“Previously our flavour innovation had been developed very traditionally and launched with an advertising campaign. This time we wanted to involve consumers in the whole process from ideas to choosing the flavour, the development and then in the ads.”

“It comes from the realisation that consumer expectations of brands has moved on and the desire to engage with consumers in a new and more powerful way than before, so we gave the thing that’s most precious to Walkers – our flavour – to the consumer.”

Do Us A Flavour was also the first time Walkers had integrated social media with a campaign and it partnered with Yahoo! to launch a branded video channel.

The learnings from Do Us A Flavour have informed subsequent Walkers marketing campaigns including the Walkers Flavour Cup and the recent charity range supported by comedians Stephen Fry, Frank Skinner, Al Murray and Jimmy Carr.

Walkers has also ramped up its flavour innovation since Do Us A Flavour and added 15 new flavours at once with the Walkers Flavour Cup, allocating a new flavour to every nation involved in the World Cup.

Barkholt says: “Learnings from all these things and how consumers engage with the brand through different digital spaces, helped us create follow on campaigns.”

Talking of the Engage Awards event, Barkholt says walking away with the FMCG award was a great boost for the marketing teams that worked on the campaign and recognition of their hard work.

“The Engage Awards gave us a chance to celebrate and reflect back with the advertising teams. It was a great night with great entertainment and a great buzz.,” he says.

Learn more about the Engage Awards 2011 categories, including the FMCG category here 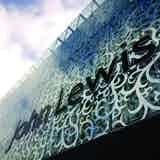