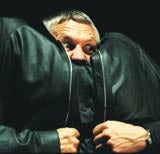 Walkers Snacks is trying to shore up sales of its core range of crisps with the launch of a multi-million pound iPod Mini giveaway.

It is thought that the promotion is designed solely to boost volume sales of the core Walkers range, a key element of Walkers’ strategy for this year, owing to declining sales.

The crisps manufacturer is planning to give away an iPod Mini every five minutes in September, through a text-to-win promotion. It will give away about 9,000 of the digital audio players throughout the month.

One retail source says he expects that the promotion “will be everywhere”, and says he is planning to ramp up in-store activity to take advantage of it.

According to AC Nielsen, sales in the bagged snacks category declined by 1.7 per cent in the year to October 2, 2004. The value of the category dropped by &£31m, to just below &£1.8bn. Walkers’ core range is still the market leader, but the data shows that &£8m was wiped off its sales during the period.

It is understood that the snacks category has continued to decline in 2005, as concerns mount over obesity. The problem is also understood to have affected the Sensations range, one of Walker’s most successful launches of recent years.

A source says that the decline in the category has become more acute since the popularity of Jamie’s School Dinners, which showed TV chef Jamie Oliver trying to convince schools and children to improve the quality of food they serve or eat. He adds that sales of “better-for-you” products, such as Walkers Potato Heads, have remained strong.