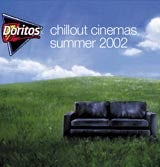 Walkers’ Doritos brand is to be the new club sponsor of First Division club Wolverhampton Wanderers, in a two-year deal worth up to &1.5m, depending on the club’s success.

The Doritos logo will feature on the Wolves shirts from August and is the biggest deal in the club’s history. It includes branding around the stadium and sampling activity throughout the season.

Walkers chief executive Martin Glenn claims that the Doritos brand has grown 17 per cent over the past 12 months and that the sponsorship was brokered in an effort to make the brand more mainstream.

In a separate move, Walkers plans to promote Doritos to about 300,000 UK festival-goers this summer via travelling outdoor cinemas. Doritos Chillout Cinema marquees – each holding up to 800 people and showing a range of current films – will be set up at Glasgow’s T in the Park, The Leeds Festival and Stafford’s V2002.

The marquees will feature high-quality digital cinema projection systems and a 30 ft screen. Walkers has been working with Dolby Laboratories on the digital cinema technology, while the design and the sampling initiatives have been developed by Manchester-based agency Cartmell Communications.