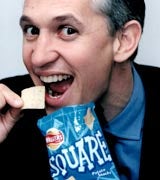 Walkers Snack Foods and HJ Heinz have joined forces to launch the first in what they hope will be a long line of food products.

The companies have prepared a national campaign to back the launch of Walkers “Heinz Tomato Ketchup flavoured” crisps, which will be rolled out later this year.

The traditional Walkers Crisps packaging will feature the Heinz Tomato Ketchup logo. The two grocery giants may now team up on other product launches.

The tie-in follows the recent deal between Coca-Cola and Procter &amp; Gamble earlier this year, which is likely to result in the companies developing joint products (MW March 1).

A spokeswoman for Walkers says: “We already have a popular tomato ketchup flavour crisp, but the specially developed Heinz flavour has proved to be a much bigger hit during secret trials.”

A spokeswoman for Heinz adds: “We will see how it goes but that’s not to say that in the future there can’t be other opportunities.

“This new product is a perfect fit between two of the country’s most well-known and best-loved brands.”