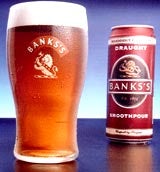 The agency won the business after a two-way pitch against fellow roster agency Ogilvy &amp; Mather. The incumbent Wallis Tomlinson was not invited to pitch.

W&D centralised media planning and buying for all its brands into Manning Gottlieb Media two years ago.

Last week Pubmaster confirmed it intends to make a formal bid for W&D Breweries this month.

Last Tuesday W&D rejected rival offers from Pubmaster and Robert Breare, head of Noble House Leisure, opting instead to press ahead with selling two of its four breweries and some of its pubs, including the Pitcher &amp; Piano chain.

But the brewer says talks will continue with the two bidders while it was in the interests of shareholders.