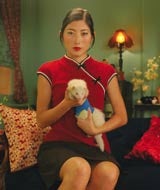 Wanadoo has slashed the price of its 1 Megabits per second (Mbps) broadband service to only &£17.99 – less than two weeks after the internet service provider was hauled over the coals by the Advertising Standards Authority for claims that its 512 Kilobits per second (Kbps) service, which it was selling for the same price, was “full speed broadband”.

The ASA investigated complaints from rival broadband operators BT and Telewest Broadband over press ads headlined “Full speed broadband for just &£17.99 a month”, when other, faster services were available. The ASA ruled that calling 512Kbps broadband “full speed” was misleading and ordered Wanadoo to drop the claim. A spokeswoman for Wanadoo says the latest price cuts were “not connected” to the ASA ruling.

Wanadoo, a subsidiary of France Telecom, will be running amended versions of its television ads for the new 1Mbps “Broadband for the Masses” package claiming it is “twice as fast as standard broadband”, according to the spokeswoman. She adds: “Most people would say that 512Kbps was standard – Ofcom has said that anything less than 512Kbps isn’t broadband at all.”

The &£17.99 package comes with a 2 gigabyte monthly download limit. A package for above average users with a 6Gb limit costs &£22.99 a month, and a heavy usage package, with a 30Gb limit, costs &£27.99. BT’s cheapest 1Mbps service has a 30Gb limit and costs &£29.99, although a BT spokesman points out that its broadband services include dedicated content through partnerships with MSN and Yahoo! and benefits such as parental controls.

There are now nearly 4 million broadband subscribers in the UK. While BT has a 41 per cent share of the market, rivals – including Wanadoo, AOL and Tiscali – have been making significant inroads.