The main aim of the wide-ranging paper, or series of papers, is to explore UK food security over the next 20 years or so – how the population can be assured of a diet that is healthy, safe, affordable and environmentally sound. In a wider sense, Defra is challenging the way food is produced and processed (of which, more later). More narrowly, it targets packaging, the BOGOF and other elements of the marketer’s arsenal that persuade us to live “wastefully”.

It’s easy to dismiss Benn’s initiative as more posturing by a government that is running out of steam but needs to be seen to be “doing something”. That is precisely what a number of progressive pressure groups, such as Sustain, ActionAid and the Food Ethics Council, accuse it of. And who can blame their frustration, given the proliferation of such documents in the past and the imminence of a General Election, which will soon see such visionary proposals firmly parked in abeyance?

However, the true significance of this food strategy document is its tone and language. It is an attack on the values of the consumer society and an acknowledgement of the difficult – and often electorally unpopular – decisions that governments of the future will have to take.

The situation is admirably summed up by Professor Tim Lang, of City University, who said in The Guardian recently: “I predict some very uncomfortable and unpopular decisions will lie ahead for governments in coming years. The dominant policy language of recent years has centred on markets, choice and consumer sovereignty. These are too simplistic now. Politics needs to move fast.”

How fast and under which colour management remains to be seen. But it is clear that governments from both sides of the political spectrum will bear down with increasing severity on manifestations of waste, as the issue of food security begins to outweigh that of choice in policy formulation.

War on waste is emerging as a tempting political option. It’s much more winnable than an intractable struggle with, say, our transport infrastructure. The starting point would be an education programme designed to reform our profligate eating habits. Each year, I am told, the average UK household spends £420 on food it never eats. A significant proportion of this waste is encouraged by consumer paranoia over food “use by” and “best before” labels, according to the Waste and Resources Action Programme (WRAP). From here it is an easy step to target Big Food, supermarkets and the advertising industry, which all encourage us in these wasteful habits.

I doubt that the tangible outcome of this will be anything as absurd as outlawing time-honoured promotional tools such as the BOGOF and tactical price reductions. But I do think brand owners and supermarkets will find their marketing behaviour constrained by a climate of vigilant parsimony, in part fostered by state propaganda.

Just how insidious this could become for marketers may be imagined by examining the motives behind Tesco’s current £200m Clubcard promotion. Clubcard is justly lauded as an invaluable data extraction tool and reward for loyal custom. It is also a form of discount that persuades shoppers to spend, arguably needlessly, more with Tesco. Indeed, Tesco implies as much in its spin on the promotion when it says: “We believe [Clubcard] will encourage more customers to switch and existing customers to spend more with us.”

Straddling the balance between providing consumer choice and value and acting as a responsible corporate citizen will not be easy in this evolving climate. Indeed, it’s difficult enough as it is. I touched on a – so far minor – instance of this in my blog a while back (The greening of chief executives, 1 June ). It’s worth rehearsing here, to get the broader point across.

In keeping with cutting-edge contemporary business practice, Tesco chief executive Sir Terry Leahy was recently preparing to showcase two major environmental projects – the trial of electric car charging facilities and the opening of the “world’s first zero-carbon store” – when he found his green pitch queered by Greenpeace. A well-documented investigation by the pressure group seemed to prove that ever-so-green Tesco had been colluding in the illegal deforestation of the Amazon rainforest, in order to procure quality meat more cheaply. Tesco repudiated the accusation, declaring its supply lines in Brazil were “clean”, but the problem – which is admittedly complicated – refuses to go away (Blog, 5 August) and Tesco (and others) must shuffle off the implication of hypocrisy.

Now picture a world where not just the occasional supply line but every element of a brand owner’s or supermarket’s marketing is under scrutiny, in a government-inspired war on waste and excessive carbon emissions. It sounds an outlandish Orwellian fantasy, doesn’t it? The consumer would never stand for it, you may think.

Don’t be too sure of that, though. A forceful legislative programme can change habits. Barely a generation has elapsed, for example, from banning cigarette advertising on TV (1965), to the outlawing of all tobacco marketing communications (2005) and the suppression of smoking in public places (2007). It is not inconceivable within another 20 years – the term envisaged in Benn’s Food 2030 paper – that buying an over-packaged Easter egg will seem as inappropriate as wearing a mink coat – or smoking a cigarette in a pub.

Value clothing retailer TK Maxx, the European arm of US retailer TJX has announced strong like-for-like sales for the 12 weeks to 1 August, up 6%. 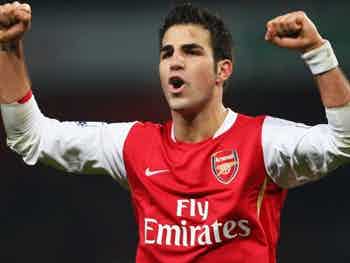