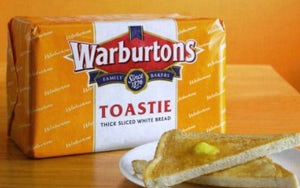 Warburtons aims to build brand relevance and differentiation with consumers by highlighting the brand’s positioning as a “caring family bakers dedicated to baking the highest quality bread”.

The first ad breaks on Friday (26 March) during the Coronation Street ad break.

The 60-second spot, which will also show in cinemas, features a Warburtons delivery driver making his daily journey from a Warburtons Bakery with a farewell scene that mimics a Hollywood film.

The ad stars real Warburtons employees as well as members of the Warburtons family. The campaign introduces a new strapline: “We care because our name’s on it.”

The second ad, which is set inside a Warburtons bakery, will follow in April.

The TV ads will be supported by print and online campaigns.

This is the first work created for Warburtons by RKCR/Y&R since their appointment in September.