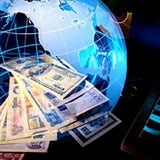 The company is the latest in a long line to review ad spend growth downwards in the wake of Japanese earthquake, unrest in the Middle East and turmoil in the Eurozone alongside rising inflation.

Warc made its last international forecast for 12 leading economies of 4.6% growth in March .

But it says that when measured at constant 2005 prices (the base year used by several price indices including the IMF), adjusted for inflation, total ad spend in the 12 surveyed markets will actually decrease by -0.1% year-on-year.

Warc predicts 2012 will see a partial recovery in ad spend measured in both current and constant prices as economic growth and predicts growth of 5.7%.

“As a consequence, marketing budgets for 2011 are likely to be smaller than initially hoped. The next three months will be crucial.”

In the current situation, the emerging eastern economies continue to lead the way in terms of ad spend growth.

However, the growth in many other markets can be attributed to the impact of inflation rather than real-term spending increases.

The US will remain the largest advertising market in the world in 2011 and is predicted to generate US $147 bn (£89.5bn) in spend. This represents a 43% share of the 12-market total measured by Warc. 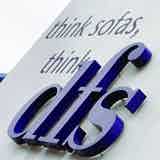 Furniture retailer DFS is looking to hire its first chief marketing officer with a brief to bolster brand building activity.