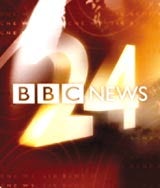 WARL pitched against BBC roster agency DFGW for the business. The incumbent, integrated agency Curio, was invited to pitch when the review began in June, but the agency ceased trading in July (MW July 4).

Curio created a joint consumer campaign for BBC World and BBC World Service, which broke in September last year and used the tagline “Making Sense of it all”. The campaign, which used press, ambient media and mobile phones, was designed to reach businesspeople travelling in Europe and Asia.

Government ministers are reportedly considering ways of using public and private funding to turn BBC World in to a major global news player with the same reputation and a similar offering as the BBC World Service radio network.

BBC World, which reaches more than 215 million homes globally, has been heavily affected by the decline in advertising revenue during the past year and operating losses increased from £13.2m in 2001 to £15.3m in 2002.