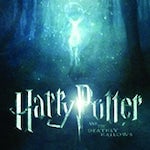 It has been devised to deliver an integrated approach to marketing Warner Bros’ entertainment content through its many different life-cycles from cinema release to home entertainment, games and other channels.

At Warner Bros. UK, his responsibilities will include advising the cross-divisional marketing team on new trends and media opportunities across both emerging and traditional media platforms.

Tom Gunn, previously of Walt Disney retail promotions, has been appointed marketing manager, Warner Bros. consumer products UK, reporting to general manager, Paul Bufton. He will be responsible for working with key retailers and licensees to grow the profile and revenues of Warner Bros.’ brands and franchises in the UK.

Cochrane says: “With these new roles filled, we now have the organisation in place to fully maximise the profitability and long term value of our brands.”

Forthcoming Warner Bros films include Harry Potter and the Deathly Hallowshttp://www.marketingweek.co.uk/searchResults.aspx?qsearch=1&qkeyword=warner+bros&x=30&y=9 and Cats & Dogs: The Revenge of Kitty Galore. A raft of brand tie-ins has been lined up for the latter.