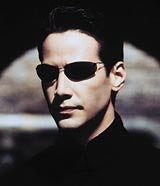 Warner Bros is seeking a group director of marketing to oversee strategic planning and co-ordinate campaigns across all of its UK divisions.

The newly created post involves overseeing activity at Warner Home Video, Warner Consumer Products and Warner Television. The structure of the role and how it interacts with the divisional marketing heads is still being developed.

Warner TV properties such as Friends and Six Feet Under are commercially exploited on video and DVD and by the consumer products division. Film properties such as Harry Potter And The Chamber of Secrets and The Matrix: Reloaded also derive revenue from home entertainment formats and merchandising spin-offs such as toys and clothing.

Warner Bros’ next major release is Terminator 3: Rise Of The Machines, in which Arnold Schwarzenegger reprises his role as a nearinvulnerable robot. In the US, Schwarzenegger has licensed his likeness for merchandising – something he did not do for T2: Judgment Day. Atari will produce a video game using the actor’s likeness for the first time in the gaming world.