The campaign includes three weeks of television advertising in partnership with Xbox maker Microsoft. There will also be a cinema campaign in July and August during key summer family blockbusters Toy Story 3, Cats & Dogs 2 and more, and promotions with retailers including Tesco that will tie in with other Harry Potter launches, including DVDs.

The game is aimed at children aged between six and 12 and is available on numerous formats including Xbox 360, PlayStation 3, Wii and PC.

Polly Cochrane, vice-president and group marketing director at Warner Bros UK, says: “The Lego Harry Potter marketing activity has been designed to provide the game – one of the most highly anticipated of the year – with the best possible launch platform; one that embraces the game’s sense of magic and fun, Lego’s unique take on the series, and the multiple touch points of the beloved movie franchise.”

Doritos has made a commitment to crowdsourcing as a source for advertising following interest in its King of Ads competition. 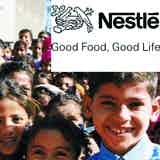 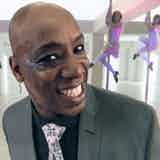 Google is allowing licensed UK gambling and betting companies to run display campaigns on YouTube in this country for the first time, with Ladbrokes the first to sign up.