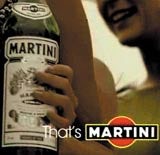 WCRS is understood to be on the verge of landing the creative account for Martini Vermouth.

Bacardi-Martini put the brand up for review after parting company with HHCL &amp; Partners two months ago (MW May 17).

HHCL said the two parties decided to end their relationship on the Martini brand after failing to reach agreement on “the future direction of the advertising”.

WCRS pitched for the account, believed to be worth about &£2m, against Roose &amp; Partners and Publicis. Industry sources tip WCRS to win the business.

McCann-Erickson, which retains the Bacardi rum and Bacardi Breezer accounts, did not pitch for Martini Vermouth. Universal McCann will continue to handle media business for Martini.

HHCL will continue to handle the &£4m creative account for Metz. HHCL has also been appointed by Bacardi Martini to work on product launches and will retain creative accounts for V2 and Martini Citro.

Bacardi-Martini and WCRS were both unavailable for comment as Marketing Week went to press.

After being linked to the deaths of three Swedish adults, Red Bull is waiting for the all-clear to exonerate itself from blame.

MyVillage, an Internet company targeting local communities and businesses, has unveiled more than 30 websites. Building on established sites for Notting Hill, Chelsea and Kensington, the new additions include Mycamden.co.UK, Mytowerhamlets.co.UK, Mywestend.co.UK, Myfulham.co.UK and Myhampstead.co.UK. The Notting Hill-based company hopes to launch more than 60 London area sites before introducing the network to the rest […]