NatWest has launched a new TV ad, which first aired 23 September and has the slogan ‘We are what we do’, that signifies major changes to the brand. It is part of a new campaign that recognises banks should be responsible for what they do as well as what they say, inviting consumers to hold NatWest to account for its actions.

The lead 60-second spot is both emotive and honest by equal measure, using archive shots of British icons such as Charlie Chaplin as a voiceover representing the NatWest brand says “we are brave” and “we are inventive”.

However, the ad also contains shots of football hooligans, as the voiceover adds “we are stupid” as well.

Other 30-second variants, meanwhile, focus on NatWest’s goal to teach a million young people about their finances by 2018 and how it has lent more money to homemakers than any other British bank.

In a frank interview, the RBS Group’s CMO David Wheldon told Marketing Week: “In the case of Natwest, if a computer isn’t working you hit the reset button and that’s what we needed to do.

“This brand has been battered for a long time and that’s because we forgot where we came from. When NatWest started in 1968, the logo was based on the fact three banks came together for NatWest to exist and it was a 3D logo depicting that. It was about solidarity.

Read more: NatWest goes back to its roots with new branding

“What our brand managers had done was fuck that [branding] up by forgetting those ideas even existed and replacing the logo. We have had to rebuild the brand. And that’s why the 3D logo is now back.”

Financial brands need to be ‘honest’

The biggest problem, according to Wheldon, has been the reluctance of financial brands to be honest since the global financial crisis emerged in 2008. He now wants NatWest’s new branding to change all that.

“Over the last nine years, I cannot think of a single financial brand that has even nodded at the fact there were serious problems in the past. It annoys people,” he explains.

“We know we made mistakes in the past, but we have learned from them and won’t do them again. But we must acknowledge those mistakes and the ‘we are what we do’ slogan really summarises that.”

And in a stab at rival Lloyds, he adds: “This is not using ad trickery or iconography. Look, it is lovely Lloyds has a black horse logo and it goes dancing across the landscape. But what does that have to do with what they do, day in and day out? Nothing.

“Yes, most people hate banks, but the majority of our customers are also happy with what we do. We wanted to balance those two things and embrace them.”

It has been a significant period of change for the RBS Group. Earlier this year, it announced several brand alterations, which were praised by Marketing Week columnist Mark Ritson.

NatWest, which has retained its identity despite significant back-of-house integration into RBS, has becomes the group’s major retail banking focus for England and Wales; in Scotland, RBS has become Royal Bank of Scotland, and in England and Wales, more than 300 RBS branches are to be divested from the company.

In essence, RBS is retiring its role as a global brand and focusing all of its brand efforts on local markets.

Wheldon admits the current uncertainty over Williams & Glyn, the name given to the part of the businesses RBS is required to sell off by the end of 2017, is a “headache”. However it is in “deep discussion” with a “number of interested parties” and he says there will be “some official news very soon”.

A rethink for Royal Bank of Scotland

NatWest isn’t alone in getting a new campaign, as Royal Bank of Scotland’s latest TV spot airs on 26 September. Unlike the new NatWest work, which was developed by M&C Saatchi, Wheldon tasked the Scottish agency Leith to oversee the campaign.

The campaign follows a Royal Bank of Scotland £10 note as it journeys through the country, passing through the lives of Scotland’s people. Whedon hopes it shows the brand has learnt from its past mistakes.

“If you look at our recent history, we have been making a terrible mistake of doing the same communication for the Royal Bank as we had for NatWest. The agency would do a jolly nice mortgage ad for NatWest and in Scotland it would be exactly the same, but with a Scottish voice and the RBS logo added at the end. If you were a Scottish customer watching TV and then you flipped over to Sky, we were showing you how little we cared about the brand,” he admits.

So what will success look like? Wheldon reveals: “When I look at the metrics we have, the worrying one is that brand attribution for NatWest advertising was on average at 56%. That means we were wasting 44% of ad money.

“When we had the end line ‘helpful banking’, which was dropped four years ago, the average was 90%. That is where we need to be. Fortunately, my board of directors all back the new direction we are embarking on and this is something we have built from the inside out.”

While the new NatWest and Royal Bank of Scotland campaigns will be distributed through the usual social channels such as Facebook, Twitter and Instagram, Wheldon isn’t in a rush to jump onto new trends such as 360 video or virtual reality.

“Sometimes marketers are too quick to pounce on the new shiny thing without really thinking it through. With the best will in the world, does someone want a 360-degree or VR experience of what it is like to go to a NatWest cash point? No. They just want a bank that is honest and really cares about its customers.

“For too long at banks, advertising hasn’t been taken seriously [by other departments] – it is that thing the strange people over there in the corner do. We want to change that for good.”

You wouldn’t bet against him.

Following a rebrand in Scotland, a new brand and repositioning in England, and a revitalisation in Ireland, can RBS successfully transition from a branded house to a house of brands? 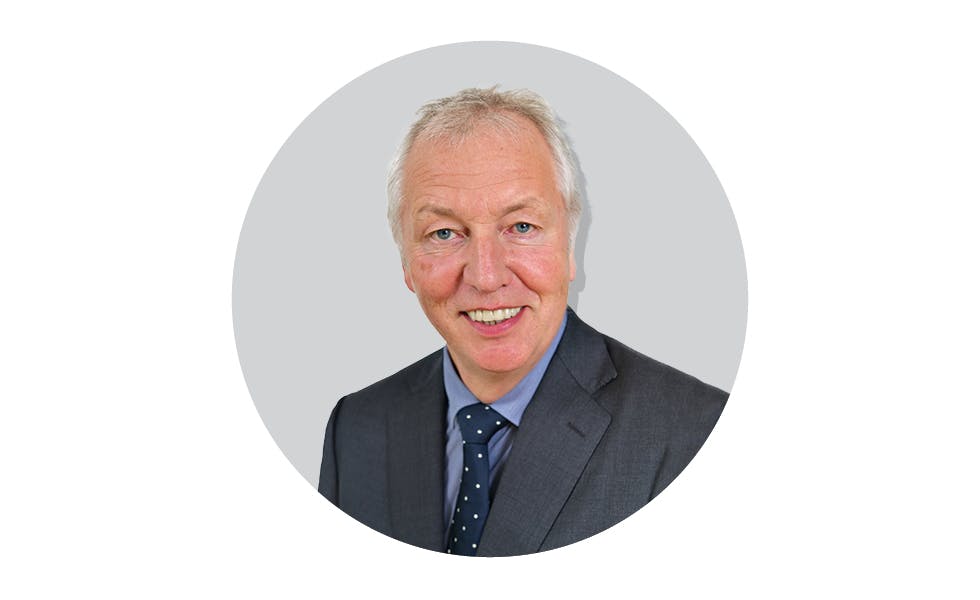 I have been in this business for more than 30 years and one thing I have seen increase significantly in that time is the importance of advocacy, both from customers and colleagues.