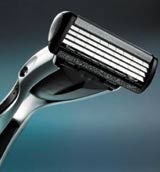 The rise in sales of non-food items, such as electrical goods and clothing, in supermarkets has been well documented. But to see more traditional non-food categories such as health and beauty growing faster than food is good news for brand owners across the toiletries sector.

According to market research company IRI, the UK toiletries market is now worth &£4.2bn. IRI’s InfoScan databases cover about 90 per cent of the health and beauty market, including sales from Boots the Chemist, Superdrug, the major multiple grocers, co-ops, independent grocers, drugstores and chemists. IRI’s coverage of the toiletries market increased in 2003 to include depilatories, rechargeable toothbrushes and children’s wipes. But even without these new additions, like-for-like figures show that the sector grew by 4.7 per cent on 2002.

The premium nature of many health and beauty products, and particularly of new products, has contributed significantly to the increase in value sales in the market. Top-line toiletries prices showed a reasonably significant increase in 2003, having been more or less stable since 1999, demonstrating that there are more premium-priced products in the market. In addition, there was a noticeable increase in the volume of sales.

The majority of the large toiletries’ categories continued to show steady growth, led by shower products. For a relatively mature market, shower products’ short- and medium-term growth, in both volume and value, is very impressive. The growth in value can be explained partly by the category’s move towards premium products. The volume increase was due in part to increasing time-pressure on consumers, who have less time for baths and as a result are more likely to shower. Market leader Radox, owned by Sara Lee, was relaunched last year, adding further value to the market.

Skincare remains a key market for consumers, suppliers and retailers alike. And with new, niche sectors regularly being created, this looks set to continue. Interestingly, and contrary to the trend in many other health and beauty markets, the premium facial sector is the only skincare sector in decline. This is in part due to trade promotions, as manufacturers battle for market share.

Data from TNS reveals that in the two years from March 2001, there was an increase of 23 per cent in the number of women using anti-ageing products. As a result of this increase, the amount spent on this category is also rising. In 2003, about &£74m was spent, compared with &£64m in 2002. Considering that, as recently as 1998, the amount spent on anti-ageing was just over &£2m, this is clearly one of the most dynamic sectors in the health and beauty market.

In a number of grocery categories, own-label goods are selling strongly, but in health and beauty they are being crowded out by branded manufacturers, both large and small, although smaller manufacturers are growing faster than the top 12. The big manufacturers have retained about two-thirds of the health and beauty market over the past six years, while smaller brands have been eroding the presence of own label in the sector.

The major players in health and beauty continue to grow steadily, with minimal changes in overall market share. Procter &amp; Gamble and Lever Fabergé dominated in 2003 with almost a quarter of all sales between them, while Gillette and L’Oréal/Laboratoires Garnier were the next-largest manufacturers. For the second successive year, Beiersdorf was the fastest-growing name in the sector in 2003.

The razors and blades market was particularly dynamic: &£43m of sales came from new product sales, more than double the amount that the shampoo and deodorants categories created. With new product sales accounting for 17.4 per cent of all razor and blade sales, the impact of innovation in the category is clear. Other categories with significant contributions from new products include sun care, at 11.6 per cent, medicated skincare at 10.1 per cent and conditioners at 7.7 per cent.

Of the major players, Lever Fabergé, Gillette and L’Oréal accounted for the majority of new product sales. As it did in 2001, Gillette launched the most successful new product of last year, this time with Mach 3 Turbo razors and blades. Sales of &£39.1m made it the best-selling new product by some distance. Lever Fabergé claimed the next two spots with the relaunched Sunsilk shampoo and conditioner and Lynx anti-perspirant deodorant. Previously available exclusively as a body spray, the Lynx brand successfully crossed over to this new format thanks to its already strong branding and popular status. Wilkinson Sword also made it into the top five with its four-bladed razor, Quattro. Hair products took up three positions in the top ten new product launches.

Specialised product variants are increasingly prevalent in all areas of the health and beauty category, but it usually takes the big names to push a niche market into the forefront of the public consciousness. However, as the UK’s obsession with fashion and beauty continues, demand for an increasingly diverse range of products will grow.