In the same period a year ago, UK sales dropped by 4%. The results beat analyst expectations and mark a slender improvement on Tesco’s fourth quarter, where like-for-like sales fell at a rate of 1.7%.

Lewis, speaking to Marketing Week in a press call this morning (26 June), insisted that despite improving brand health scores Tesco still has “a long way to go”.

Tesco saw sales volumes rise by 1.4% – the second consecutive quarter of growth – and transactions up 1.3% over its first quarter. Lewis said that it also added 180,000 new shoppers and claimed they had not only returned from the German discounters but also from big four rivals such as Asda.

“I think the increase in customer visit shows we are offering richer brand experiences but there’s a long way to go and [through BBH] we must get our mix of marketing absolutely right,” insisted Lewis.

Recent brand health data has suggested that each of the big four supermarket’s focus on talking up price within advertising is not working. However Lewis told Marketing Week that Tesco was focused on more than just price.

He said: “Two weeks ago we launched our new summer campaign and there are eight executions of it over the next few weeks so you are already starting to see our new marketing direction.

“Look, I think price is still important but people are yet to be assured by the experience of shopping. Our marketing has to show we’re not just focusing on good prices but can also meet their high brand expectations in store.”

Lewis said Tesco is benefitting from record levels of availability with a rate of 99.5% online and in the 90+% range in store. He also said that Tesco’s category review has  reduced its total number of products by 20% and that it dropped the prices of up to 700 items over its first quarter.

There was also a dig at the new Waitrose ‘Pick Your Own’ offers scheme, which allows shoppers to get up to 20% off 10 items of their choosing.

Lewis said: “We want to make everything affordable not just a selection of items. We want our shoppers to be able to pick from lower prices on every item.”

Back in April, Tesco reported the worst loss in its history suffering a full-year pre-tax loss of £6.4bn, one of the largest in the country’s corporate history. Around £4.7bn of the losses were the result of the fall in property value of its UK stores, 43 of which it said would close. 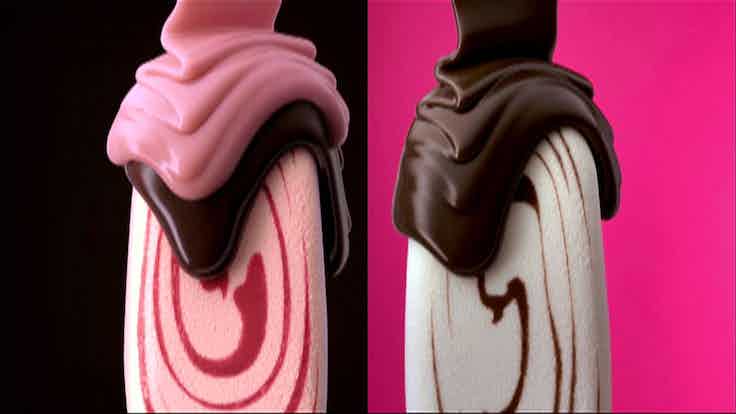 From Spotify deciding what it will be when it grows up to how Unilever and Vice are using content to deliver relevant marketing to consumers, here’s the three big trends to come out of Cannes day 2.