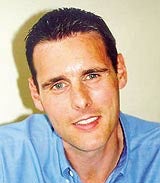 The UK television ad market revolves around the mechanism of station average price (SAP), which put simply means: the more money spent on the programme the higher the price of advertising; the more people viewing the lower the price (the reverse is also true). This “floating price” dynamic has formed the basis of TV trading for many years. But recently, the relevance of this benchmark has been called in to question.

Most advertisers look to plan activity over a calendar year. The planning cycle normally starts around September for the following year. At this stage advertisers expect agencies to give them an indication of the ideal level of advertising weight they can achieve for the budget.

To do this agencies need to forecast the cost of TV advertising for the coming year. Not just by month, but by channel and region. The problem is that the revenue information the industry gets is extremely poor. Only ITV has to declare its monthly revenue figures to the Independent Television Commission (ITC) on the 15th of the following month, the other channels are not obliged to and so do not. This makes forecasting monthly prices for total broadcast advertising little more than a lottery.

The industry tends to use the ITV SAP as the cost benchmark to plan campaigns (allowing for negotiated discounts). The cost position for each channel is then reported as a discount against the ITV SAP. As ITV’s market share inexorably declines (ultimately to less than 50 per cent in the next few years), how relevant will this benchmark be in the future?

The other problem with SAP is that it rewards poor audience performance. The fewer people there are viewing TV, the more advertisers pay if they want to achieve the same level of advertising in the equivalent period. The first few months of this year saw a return to “supply-led” ITV inflation, due to huge [reported] declines across most audiences.

This may be why some of the TV companies are in no hurry to change the status quo. Some are more receptive than others, but the majority use the SAP mechanism as a benchmark.

So why are we still using this system? Because there has been nothing to replace it. To go for a wholesale change across the board would not be feasible, but change there must be.

There are alternative ways to plan and evaluate campaigns: cost per coverage point, cost per rating point, cost per acquisition and fixed prices to name a few. There are already examples of these types of deals in the market today, but they are the exception rather than the rule.

Under pressure from clients and media auditors, agencies have to demonstrate that they are achieving the best possible discounts; it gets even more important when pitching for new business.

All advertisers want accountability, and using the correct benchmark is imperative. We must find a universally accepted replacement for SAP.

Andrew Canter is head of broadcast at Media Planning Group