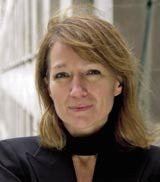 Foreign ownership of British companies will always be a sore point, but as long as we continue to create the best conditions for brand building, Britain will remain the ultimate ‘nation brand’. By Rita Clifton

When I see news stories about looming foreign takeover bids for some of our “national treasure” companies, I find myself in a conflicted place.

The “Brit” inside, combined with the brand consultant, makes my fingers itch to write about the importance of successful British brands, about this being the only way to reliable, sustainable wealth to keep us all in the standard of living we’d like, blah blah blah. However, in the blue corner is my role as “International Business Person”, committed to free markets, free movement of capital and the Darwinian power of markets to make sure the best man wins.

So, emotion almost aside, what’s going on with British brands? Are they that important anyway?

On the surface, the facts are not particularly promising. Out of the 100 most-valuable global brands, only four and a half have Britain as “country of ownership”: HSBC, Reuters, BP, Smirnoffâ¦ and Shell. This rather poor showing contrasts with Germany’s nine and France’s eight – even South Korea now has three. But, of course, these pale into insignificance besides the US with 53 – although that country used to score much higher. No Chinese brand yet appears, but it’s just a short matter of time. China, above all, seems to realise the importance of brand building to social and economic progress. The Chinese vice-premier said as much not so long ago. Clearly, there is the understandable desire for one’s national brands to be visibly successful on a world stage, to flatter the national ego and set out your power stall.

However, there is another critical reason why China is not content just to be the factory of the world; it realises that he who owns the brand owns the wealth. Brand ownership gives control, whereas the provision of jobs and employment by a foreign company, while a short-term crowd pleaser for governments in particular, cannot promise the same level of security.

So, why doesn’t Britain have more – and stronger – global brands? There are some obvious, and some less obvious, reasons. Britain is a significantly smaller domestic market than the US, Germany and Japan, and the size of the home market is an important base and initial success driver. We have clusters of excellence in certain categories, but they tend to be domestic-oriented businesses like retailing. High-street branding in British retail is seen as second to none, but globalising retail brands is more difficult – with a few honourable exceptions.

There has also been a tendency among some senior management to focus on short-term financial objectives rather than long-term planning and leadership, and this contrasts with the way companies such as Samsung, Toyota and BMW have been built and managed for long-term, sustainable value. On top of this, we have one of the most cynical and critical media climates for business in the world.

While you might want to say “for God’s sake, pull yourself together” when a chief executive decides not to go ahead with a high-profile innovation or branding initiative for fear of the reaction in the business press, it is all too understandable that people want to avoid ridicule by keeping their heads down. It doesn’t help that the concept of branding is regularly linked – whether through ignorance or mischief – to superficial corporate re-naming exercises and the cosmetic gloss of rip-off Britain, as opposed to the central organising principle and wealth generator that it really is.

Still, many brands have been, and are, created in Britain, but when they reach a certain size and international appeal, they may well be gobbled up by a foreign buyer. Think Mini, Land Rover, Bentley, Orange, and O2. True to the idea of this country always playing by the rules, corporate Britain is for sale. Unlike the French, we would never assert that yogurt production is a strategic industry, but – as Andrew Gowers wrote recently in the Sunday Times – in today’s integrated Europe, even they must accept that “corporate France belongs only partly to the French”.

Taken more broadly, in today’s integrated business world, so-called national companies are only partly owned by individual nations. You could take this to a reductio ad absurdum by questioning what is a British brand these days. Shareholders might well live outside the country, management may be from overseas and even the owners of private companies might live abroad as tax exiles.

Essentially, what really matters for the creation of sustainable wealth in Britain is for us to have the most attractive nation brand in the world. We need people to believe that Britain is the best place to live, get educated in, and to invest in. We need world-leading skill sets and the most compelling business environment. We need to have the best brands in the world created here – irrespective of whether they stay wholly owned by Brits, or generate national capital returns when they are bought.

Branding Britain. I’m sure I’ve heard that one before. Which doesn’t make it any less important to get right.