Mark Ritson sparked debate by questioning the value of brand reputation management when some companies, such as BP and Goldman Sachs, escape unscathed despite huge foul-ups. Read his column at www.mwlinks.co.uk/ ReputationRitson and comment extracts below.

Banks and oil businesses tend to make massive money regardless of “blips” like this. The demand for what they are selling, the profitability of the business and the resources at their disposal to overcome setbacks all mean that they are less vulnerable and will, in most cases, rise again.
Will Spratt

These are great examples of “stated” brand values being in contradiction to what consumers actually believe. So when BP, Goldman Sachs and RBS act irresponsibly nobody is all that surprised. I wonder if it’s even reassuring to see big banks and oil companies living up to their archetype.
Derek Hill 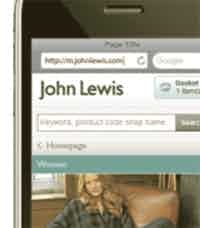 It’s encouraging to see these examples of companies that not only understand, but are acting on the link between engaged colleagues and improved business performance (Cover story, MW November 10). The real value of social media tools lies in their ability to flatten the traditional communications hierarchies. However, as Christy Stewart-Smith says, ’trust’ is the […]

A recent study carried out by TNS suggests that six out of 10 Britons don’t want to engage with brands through social media (NMAlinks.co.uk/smengage) – a situation that is creating “mountains of digital waste”. However, research from KN Dimestore and SocialVibe found that 90% of consumers are actually happy to interact with an incentivised ad […]