Healthy lifestyles appear to be at the forefront of the younger generation’s mindset, with nearly half (49%) of those questioned feeling healthier this week.

As the nation gears up for the start of the World Cup, perhaps marketers are engaging most effectively with this age group, encouraging them to make the most of special offers on sports equipment, boosting their health and fitness. The recent unveiling of a forthcoming cycling scheme in London might also be encouraging the nation to get on their bikes this summer, incorporating exercise into their daily lives.

Financial satisfaction across the nation remains relatively unchanged, with the exception of 16-34 year olds, who register a rise this week to nearly a quarter (22%) feeling satisfied.

Despite this rise, financial satisfaction as a whole remains low across all age groups. Perhaps, once the coalition government plans are unveiled in the emergency budget later this month, these figures will swing upwards as the nation starts to feel more financially stable.

Happiness amongst the grey market continues to rise this week, with nearly two-thirds (60%) of those questioned feeling content. The recent half term holiday has given families a chance to visit relatives, which is perhaps behind the boost in moral for the 55-74 year olds. In contrast, the middle-aged band (35-54 year olds) is the least happy group this week, with a drop by 9 points to 37%.

Whilst the half term brings pleasure to some, for those having to balance a job and family life, this time of year brings greater pressures. This downturn could also be linked with the substantial drop in well-being for this age group, with just over a third (34%) feeling content.

Figures this week are showing a rise across all aspects of the index. Despite a more positive outlook, the contrast with last week suggests there is a degree of instability felt amongst 16-34 year olds. Perhaps this weekly fluctuation will continue until the new government policies are finalised, giving a clearer idea of the future. With reports of nearly one million under 24-year olds unable to seek employment, this concern is not surprising.

The decrease across all aspects suggests 35-54 year olds are driving the drop in moral. This group will be one to watch over the coming weeks with more political changes to come and the expectations of the nation hoping to be met as the World Cup gets underway. Surely both will be impact on the mood of the nation.

Happiness increases for the sixth consecutive week amongst the grey market. Perhaps this continual rise is helping the 55-74 year olds maintain a stable outlook in terms of health, wealth and happiness, all of which a relatively unchanged this week.

Retail sales rebounded in May, as the sunny weather boosted sales of outdoor DIY goods and summer clothing, but shoppers are still reluctant to spend money on expensive items, according to the British Retail Consortium. 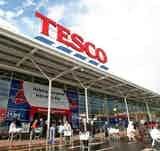 Sir Terry Leahy’s departure is undoubtedly grabbing the headlines but there is more than meets the eye to the changes at Tesco.

A round up of retail stories from the past week… supermarkets, Ocado, BRC, Iceland, East