Is this music to our ears? Not exactly. We’ve seen it before with music. Long gone are the days when music choices were dictated by a few all-mighty record companies that marketed their hits to us. And when music was revolutionised, the industry was seen not as friend but foe to the change, and so to music itself.

Today, our music choices are driven by conversations, recommendations, explorations and experimentations that the social web enables. Everyone can share and recommend music. More revolutionary still, everyone can make, publish and sell music without help from record companies.

As a result, music has become more interesting, except to the record industry, which has seen a 25 per cent decline in global trade revenue from over $20bn (£13.23bn) eight years ago to $16.5bn (£10.9bn) last year. A decline that has been curtailed because of the many companies that have reluctantly chosen to embrace the new normal that has swallowed their industry.

Music has become social, and so has marketing. Social and democratic. Powered by the people, for the people. In an age of transparency, fuelled by digital technologies and communication, and more and more led by our youth – the digital natives – marketing is obliged to democratise and open itself to everyone.

In many ways, we know this to be true. We’ve been talking about it for years. But I would argue that we mainly talk about it happening, not how it will happen, nor the consequences for marketers. Only by actively deciding how marketing can reinvent and democratise itself can we play an integral, vital role. A role that we have become accustomed to and don’t want to give up.

The idea of customised marketing where the consumer is in power – where he’s pulling what he wants, as opposed to receiving what we want to give him – is a reality. These days, everyone has a point of view and is able to share it. More than ever, everyone has a role to play. So what role will we give them?

The convergence of digital, creative and social is creating a new construct in which we will operate, by choice or by force. Access changes the game.

We can all drink Coke, and market it too

I used to work for Coca-Cola and one of my favourite Andy Warhol quotes is: “the President drinks Coke, Liz Taylor drinks Coke, and just think… you can drink Coke, too. No money in the world can buy you a better Coke.” Warhol beautifully describes the unifying power of Coke, a brand that fundamentally believes there’s more that unites us than divides us, a brand that grants access to (almost) every human on earth.

Today, President Obama is a marketer. He eats Planter’s trail mix. His wife wears Jason Wu. Even the Queen played a Bond Girl in the 2012 Games. In Liz Taylor’s placed are Beyoncé and Marc Jacobs – the newly named ‘creative directors’ for Pepsi and Coke.

Warhol’s quote still stands true yet its relevance is more intriguing when the larger idea at play is looked at on a macro scale. The idea of democratisation, of access, is rooting itself within our collective intelligence; it’s spreading across cultures and industries; it’s changing the way consumers relate to us, our brands and marketing, and we better change the way we relate to them too. We must strive to be friends through our actions and ideals. To become champions of this new paradigm, not its opponents.

The new news is that, yes, you can drink it, but you can market it too – any consumer can now be a marketer. No power in the world can prevent them from doing so. Anyone can become a super-marketer, an opinion former, a taste-maker with or without us.

People took ownership of music – they didn’t demand it, they just took it – and it shook up the entire industry. People started creating playlists (even songs) and sharing them. Today, because of the playlists that people build and share with friends, people buy more music. The power of the friend’s playlist rebuilt a once-condemned industry, and it’s now the friends behind those playlists that power the industry forward.

We want our brands to be on the friend’s playlist too. We want to be in their recommendations, mentions, hashtags, adding a new layer of marketing to the point of creating new value to our brands and products, and to our marketing playbook, perhaps even enabling them to sell at a premium.

In a people-led, relationship-driven era, sharing is the cornerstone of culture, and access and democratisation have made our modes of sharing defy the borders we thought we knew. We are seeing the rise of a global force that knows no boundaries and will reshape our industry into whatever they want it to be. The marketer’s job is more to create the blueprint, engage the conversation, start the sentence and let consumers make it their own, finish the sentence, and make it part of their playlist.

In a world where our industry will be forever changed by the democratisation of marketing, I hope to be standing as friend, not foe. Where will you be?

Marc Mathieu is senior vice-president of marketing at Unilever 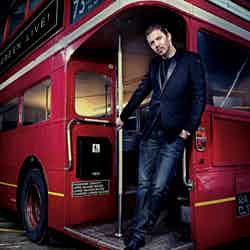 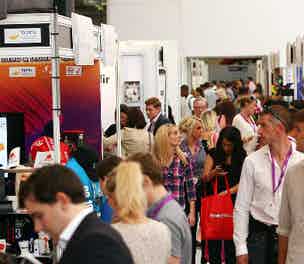