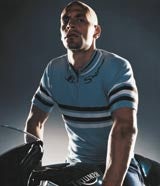 Countries where you should on no account attempt to do business. Number three in an occasional series: Paraguay.

From time to time, the BBC sends your correspondent off to foreign parts. Sometimes these trips are to places such as Germany, France and the United States: countries with agreeable hotels, functioning communications networks, robust democracies and economies in working order.

Sometimes – on the basis that bad news is intrinsically more interesting than good – these trips are to countries which have fewer of those things. Acute readers of this column will know that in the past these places have included Bulgaria and Venezuela. This month it was Paraguay, a landlocked country of about 5.6 million people slap-bang in the middle of South America.

Paraguay has a bad reputation. While I was there, a Berlin-based organisation called Transparency International published its annual review of the world’s most corrupt countries. Paraguay is fourth in the list, just behind Bangladesh, Nigeria and Haiti. As you can’t actually measure corruption, Transparency’s chart measures perceptions of corruption among businessmen and analysts, but you get the picture.

Modern Paraguay is a prisoner of its history. Since declaring its independence from Spain in 1811, it has been ruled by an almost unbroken succession of dictators, culminating in General Alfredo Stroessner, who took power in a military coup in 1949 and only relinquished it (reluctantly) in 1989.

Since Stroessner’s overthrow the country has been a democracy, although many of the families that enjoyed political and economic power under Stroessner still do so. Like much of South America, Paraguay has a huge “informal” economy. And, Colombia’s reputation for drug smuggling notwithstanding, Paraguay can lay claim to being the contraband and counterfeiting capital of the continent.

It all adds up to a difficult place in which to do business. Nothing seems to happen in Paraguay unless someone is paid a backhander, sweetener, royalty, commission or bribe.

You want to import something? Your “customs agent” will need to slip a few guarani to the crane operator at the docks on the river.

You want to go to law? The court officials will need a few dollars to ensure the papers relating to your case don’t keep slipping to the bottom of the in-tray.

You are an honest soul who plays by the rules, coughs up for the necessary licences, allows the inspectors in to look at your factory, and keeps a single set of books rather than three (one for the tax authorities, one for the bank and one “real” set)? You will have to compete with unlicensed rivals operating in the informal economy, who pay no taxes and sell their products at a fraction of your price.

This is a particular problem for international companies, which have stakeholders back home in Europe or the US expecting them to do business in honest and transparent ways: shareholders, consumer organisations, the media, perhaps even (if you are a bank, for instance) government regulators. No one I spoke to in Paraguay admitted to paying bribes, but it’s hard to see how they can avoid it.

There is also a serious problem with counterfeit merchandise. On my second day in Paraguay, I watched the burning of a truckload of fake Louis Vuitton and Fendi handbags imported from Hong Kong.

Later I met the boss of the Germany company Beiersdorf in the Paraguayan capital, AsunciÃÂ³n. Beiersdorf’s brands include Nivea, Elastoplast and the deodorant 8×4. She showed me pirated bottles of 8×4, the containers scavenged from rubbish dumps then refilled with scented water and shrink-wrapped.

Later still I sat in a queue of traffic waiting to cross into Brazil, in the eastern border town of Ciudad del Este. As we queued, a stream of hawkers offered us everything from footballs to portable air compressors, FM radios to pirated CDs. Eventually we bought a DVD of Terminator 3, only just released in cinemas in the US, for the equivalent of about £3. Not surprisingly, every day thousands of Brazilians flock across the border to go shopping in what is euphemistically called a “duty-free” town.

Paraguayans acknowledge they have a problem, and their newly elected president, Nicanor Duarte Frutos, has promised to clean up the country. His first moves have been promising. He has done away with the inspectors in the customs department who were supposed to check that dues were being properly collected: revenues rose 30 per cent as a result, because there were fewer officials to demand a cut.

He has also passed his first big test. The week I was there, the police stopped and impounded a container lorry full of blank CDs and without the proper paperwork. But the owner of the consignment had friends in high places. Next morning the truck was released, on the orders of the interior minister and the head of the customs. With a member of his own cabinet implicated in smuggling and counterfeiting, people wondered what Duarte Frutos would do. In the event, he forced both men to resign, and reiterated his commitment to stamping out corruption.

But the task will not be easy, as Paraguay’s tobacco wars illustrate – a subject I hope to return to next time.