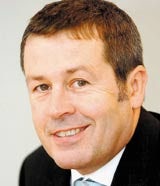 King says he will complete a fundamental review of the society’s marketing strategy before turning his attentions to advertising agencies. Rees Bradley Hepburn and Parenthesis are currently the only agencies the company works with.

King says he hopes to sign distribution agreements with other brands to sell Wesleyan products, as well as developing new distribution channels.

The company sells its products direct to consumers or through its salesforce. Wesleyan specialises in marketing to professional groups. It already has a partnership with teacher’s union NASUWT.

Half the medical profession buy Wesleyan products, primarily through Medical Sickness, which markets to doctors and dentists; and BMA Services, which Wesleyan bought last year from the British Medical Association.

Despite its relatively small size, Wesleyan is well-regarded and often features at the top of performance tables. It was founded in 1841 and offers investments, pensions, banking, savings, protection and mortgages.