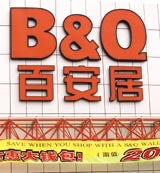 A deal with the Chinese may not have been forthcoming to save the now-defunct MG Rover, but other Western companies have managed to tap into the country’s booming economy through various business partnerships. Alongside global brands such as Coca-Cola and McDonald’s, the likes of B&Q, Danone, HSBC, SAB Miller, Wal-Mart and fashion retailer Mango have all been attempting to make it big in China.

And more are likely to follow. The Royal Bank of Scotland is reportedly planning to take a 20 per cent stake in the Bank of China. And earlier this month, cosmetics giant Avon was invited by the Chinese government to test direct selling in order to help the country find a suitable model for the liberalisation of its direct selling legislation.

Direct selling was banned by the Chinese government in 1998 in an attempt to clamp down on fraudulent practices such as pyramid schemes. The move to legalise direct selling follows a renewal of China’s commitment to the World Trade Organisation (WTO), which the nation joined in 2001 after agreeing to liberalise its economy.

Avon has been operating in China since the early Nineties and began selling its products through 6,000 concession stores following the ban, but it is now preparing to appoint its own army of door-to-door sellers in Beijing, the Guangdong Province and Tianjin. Experts see this as an opportunity for Avon to increase its presence in a country that relies primarily on word-of-mouth advertising.

But some warn that foreign investors need to exercise caution when doing business in China because of vast uncertainties and drawbacks that can hamper trade, such as corrupt bureaucracy and intellectual property violations.

Hana Ben-Shabat, retail and consumer goods analyst at management consultancy AT Kearney, says: “Foreign companies sometimes overestimate China’s potential and only see it as 1.3 billion people. But what they don’t realise is that they not only have to deal with a poor infrastructure, but also stiff competition from Chinese state-owned enterprises.”

Furthermore, there is the risk of having your brand copied – products from Louis Vuitton handbags to Head &amp; Shoulders shampoo have all been targeted by imitators. Ben-Shabat says: “Brand building can be a major problem because mass-media communications are largely government-controlled and all advertising needs to be vetted before being screened.”

Ben-Shabat adds that though Western companies have been experimenting with the Chinese market for many years, international experience does not reveal any sure-fire strategies for success.

In fact there have been plenty of failures. For instance, American white goods company Whirlpool reportedly lost more than $50m (&£26.3m) in a series of joint ventures, and food giant Kraft was forced to close its loss-making dairy business in 2001, eight years after entering the Chinese market. Ben-Shabat also cites the example of Dutch dairy company Friesland Foods, which having overestimated the size of the market withdrew from China after making huge losses.

However, retailers such as Tesco and B&Q are claiming some degree of success, having both entered into joint ventures with local partners in an attempt to adapt to the needs of customers. For instance, the B&Q stores in China not only offer “entire rooms”, but also decorating and building services, as newly bought flats tend to be sold without kitchens, bathrooms, plumbing or wiring. Tesco has a 50 per cent stake in Hymall, which sells mopeds alongside food items, and claims that the chain is the market leader in the hypermarket business in Shanghai.

A Tesco spokesman explains: “Our business in China works very differently to anywhere else in the world. Because of vast regional differences we focus heavily on local markets in terms of our offer to the customers and we employ a huge army of regional buyers. This means we do not need to do much advertising because direct mail proves to be highly effective.”

However, these regional differences have not put off the advertising industry from setting up shop in China. Several agency networks are attempting to take advantage of an opening up of the market without embarking upon joint ventures. China agreed with the WTO in December that foreign businesses entering the market need no longer do so through setting up joint ventures with Chinese companies or taking a limited stake in a domestic business. From the end of this year, foreign companies will be able to buy Chinese companies in their entirety or set up their own operations.

So far JWT has an 80:20 joint venture agreement in its main China office with a local partner, media agency Carat opened a co- operative joint venture in 2000, and DDB is reportedly opening a wholly owned entity in Shanghai.

“But the problem,” warns one media insider, “is finding skilled people from mainland China to work in these agencies. There is a danger that you end up getting foreigners to run the business in a complex society where knowledge of the local customs and traditions and language is of great importance.”

Mark Dickens, strategy director of Astound, the design and marketing communications agency responsible for designing B&Q stores in China, says that it would be very difficult for any business to succeed without considering the intricacies of Chinese culture. He also believes that most foreign brands do not need advertising because of the Chinese craze for all things Western.

However, Western brewers have not found China such an easy market to conquer. SAB Miller head of media relations Nigel Fairbrass says: “In the beer market, the Chinese have no consumer loyalty and advertising is a complete waste of money. So instead of investing in brand equity, there has to be a constant raft of brand extensions in an attempt to kill rival brands. Also, because the quality of local beer is extremely poor, the prices are frighteningly low, at about 20p for a bottle, making it difficult for new entrants to survive.” He adds that SAB Miller entered into a partnership in 1994 with a government-owned conglomerate, Chinese Enterprises, to help deal with such issues.

Since the mid-Nineties, when Carlsberg, Heineken, SAB Miller and Scottish &amp; Newcastle entered China, a number of brewers are said to have considered withdrawing because of the combination of low beer prices, difficult transport, a mature consolidated sector and exclusive distribution arrangements.

However, with the increasing interest from foreign businesses, the Chinese government, headed by president Hu Jintao, has embarked on legal and economic reforms that will help to open up the market to newcomers.