O2 acquired the joint venture from its co-owners, EE and Vodafone, as part of an undisclosed deal. Weve will now be rolled into O2’s commerce unit and report into its managing director Robert Franks.

Weve was set up in 2012 as a joint venture between O2, Vodafone and EE to allow the operators to collect data from their combined 20 million customers and offer them personalised advertising and payment solutions.

However, the payment business was shut down last year due to competition from the likes of Apple and Google. A separate loyalty app called Pouch was also closed earlier this year leading to speculation about the future of Weve as the mobile operators looked to develop their own offerings.

Speaking to Marketing Week O2 UK’s digital director David Plumb said while the Weve brand would remain in place “in the short term”, the company would be consulting with its customers on which brand would be right for O2’s digital advertising activities in the future.

“As we work through the integration it may be that as we bring together online and offline for the first time we think differently about the brand,” he added.

Plumb said O2 bought Weve to enable it to move faster in digital advertising. With just one owner, rather than the previous three, he said Weve will be able to “accelerate movement” into programmatic trading, move quickly into new channels and respond to changes in the industry “more immediately”.

“Weve is in a strong position from an advertising point of view. What became obvious is that O2, because of its other digital businesses, had a unique opportunity to grow the Weve business. We have O2 WiFi, Priority – we bring scale in terms of audience,” he added.

The acquisition gives Weve access to audience data from 31 million customers, a 50% increase on the 20 million it could previously reach.

“Clients will be able to target everyone they could have previously and then some and gain the ability to tap into, on a one-to-one basis, exciting areas within O2 such as WiFi insights, mobile payments, analytics and location. Things they couldn’t quite access before because of the tri-partner agreement,” said Plumb.

Plumb said O2 is currently looking at how it can use beacon technology in its WiFi hotspots to create hyperlocation targeting. Using its WiFi data, as well as Weve’s data analytics, it hopes to be able to tie together browsing data and information on which people visit a store so that it can “see the customer journey over many weeks before a large purchase”.

While Weve saw its revenues rise 45% last year, that is behind the wider market which doubled in 2014, according to Plumb. Nigel Clarkson, commercial director at Weve, admitted that the big three companies in search and social are currently “hovering up the majority of mobile ad money”. However, he said there is an opportunity for Weve to “step in” by using its audience data and insight.

Weve, the mobile advertising and payments joint venture between the UK’s three largest mobile operators, has dropped its Pouch loyalty app and says it looking at different mobile commerce areas focused around beacon technology and data analytics as it looks to new ways of providing value to brands. 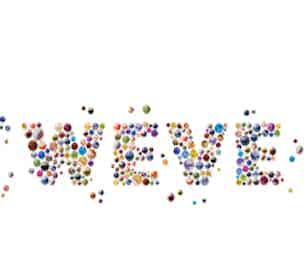 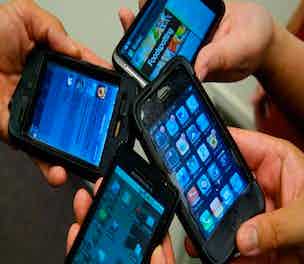