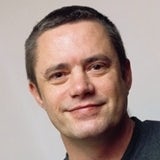 The biggest obstacle to innovation is rarely lack of creativity, but sclerotic industry structures and practices that must be bent to launch new products

What is the secret of successful innovation? Well, drawing on long and painful experience of failure as well as success, here are some pretty universal lessons.

First, if you can possibly avoid it, don’t launch a product that is not immediately and intuitively grasped by your customers. If it needs a lot of explaining, you risk losing many customers straightaway. Second, launch your new product under the umbrella of an existing brand, because launching new brands is getting impossibly expensive. Third, avoid having to rely on new distribution channels. Not only will they be unfamiliar to your customers, they also create all sorts of risk in terms of channel conflict, making new relationships work, and so on. Fourth, don’t be mesmerised by new technologies that seem to promise the earth but that you don’t really understand – bugs are killers when it comes to delighting customers. Finally, remember your context. If your company is currently making &£50m a year in profits, make sure your new idea will earn at least &£1m incremental profits within, say, three years. Or else it won’t move the needle and won’t be worth the candle.

To sum up, then: in order to guarantee success, make your new product or service as similar as possible to your existing ones.

Spotted the catch? Every step in this chain has a strong point to make. Put them all together, however, and you have a sure fire recipe for stifling conservatism. That’s the trouble with innovation. Each obstacle represents a risk, and the more obstacles there are, the more risky it becomes. Exponentially so. Yet, at the same time, it’s precisely the obstacle clearing that creates customer excitement, builds new brands and propels revenue and profit growth. 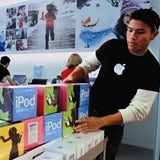 Is there a way round this dilemma? Probably not. But there may be ways to blunt the sharpness of its horns.

One big influence on this front is Harvard Business School professor Clayton Christensen, who observed that successful companies miss out on many big innovation opportunities because they focus on their customers. By definition, customers are customers because they like what you are doing. So if you ask customers what they want, they’re likely to say “more of the same”. That leaves everyone else – people who are not so enamoured of what you are doing – out of the frame. These are the people who propel “disruptive innovators” to fame and fortune.

Methodologies based on Christensen’s theories of innovation are being licensed for application around the world (including the UK with the OMC group signing a deal last week).

Another increasingly popular idea is to watch what different customers actually do with your product or service, because there are some who use it for unexpected purposes or in unexpected ways (usually because their needs are not being properly addressed and your offering provides the closest fit).

For example, US financial software firm Intuit was surprised when it discovered many small businesses were using its personal finance software. Then it realised that existing market offerings (scaled down versions of big corporate packages) were cumbersome to use and didn’t really address small businesses’ top concern: cash flows. So when Intuit adapted its personal finance software for small businesses, it had a low-risk hit on its hands. Yahoo! and eBay have become passed masters at this “customer-led” approach to innovation. Other companies, such as J Sainsbury, are realising that often the biggest barrier to innovation is not a lack of creativity or vision but sclerotic industry structures and practices. Today, for example, a brand manufacturer wanting to launch a new product has to clear a number of hurdles.

To make a launch worthwhile, he has to win assured distribution in (say) at least three of the big supermarket chains. To win this assured distribution, he has to commit massive marketing firepower to the product launch: mega-TV advertising, big promotions, saturation sampling and so on. And behind the scenes, he has to invest upfront in huge capacity to meet projected volumes. But when the chances of success remain small even if you clear all these hurdles, you have to ask yourself: why bother?

In response, Sainsbury CEO Justin King has suggested an alternative approach to major suppliers. Why not launch your product exclusively through Sainsbury’s? That way you don’t have to commit to huge amounts of capacity upfront and Sainsbury’s has a real incentive to use its marketing muscle to back the new product (to gain a march on rivals) – so you don’t have to commit so much to advertising. Then, if it is hugely successful, go national once the exclusivity period runs out. 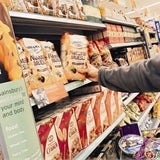 In this way, King hopes he can increase both the speed and volume of new product launches through Sainsbury’s while sending a strong “invest your innovation and marketing efforts with us” message to suppliers.

Another hot topic is open innovation. Procter &amp; Gamble’s “Connect and Develop” approach of parcelling out R&amp;D work to outside scientists is being increasingly copied. The logic is simple. No matter how many superbly qualified scientists P&amp;G employs, there will always be many more who do not work for P&amp;G. Why not tap into their talent too?

Behind this (big) shift lies a crucial observation. In a slowly changing world, it makes sense to acquire and hoard knowledge, because knowledge gives you power, and once you have that power, you can leverage it to good effect.

But in a world that is changing fast, what you don’t currently know becomes relatively more valuable than what you do, so you need to tap into what is changing. A good way to do this is to use your own knowledge as a bargaining chip: “I will contribute X if you contribute Y”. Management thinker John Hagel III is predicting that “creation nets” – which bring together many different parties including “co-creating” and beta-testing customers to work on different aspects of the same problem – will soon set the pace of innovation in many industries. Apple’s iPod would never had made it without such a net, for example (though managing such nets to get everyone working well together can be a nightmare).

Right now, the world is changing fast thanks to unstoppable forces such as the digital revolution. We need to encourage faster experimentation and learning in ways that don’t risk the bank. That’s why, as many leading companies have already realised, innovating the process of innovation is becoming one of the keys to innovation success.