An eMarketer released earlier this week forecast that Instagram’s mobile ad revenue will hit $595m this year and will more than quadruple over the next two years to reach $2.81bn in 2017. That would make its mobile display ad business bigger than both Twitter and Google in the US.

That growth is driven not only by Instagram opening up its platform to all brands through a planned self-service platform but also by there is growing interest from marketers. They are attracted by Instagram’s reach – it has more than 300 million users worldwide and 14 million in the UK – which gives it an increasingly broad audience for brands to reach.

Chris Buckley, chief digital officer at TMW Unlimited, says: “With more users comes a broader range of interests and content. It gives more scale to the brand-specific topics that advertisers are interested in.”

Instagram launched ads first in the US and then to other markets a year and a half ago. There have already been more than 500 brand campaigns and Instagram continues to add new features to make the service more appealing to advertisers.

These include new formats such as carousel ads, more analytics and better targeting capabilities. As Tom Richards, senior account director at social agency We Are Social, points out, it has a parent company in Facebook that has already built up a multi-billion dollar social ad business and can use its learnings to help Instagram grow even faster.

Initial reports from brands have been positive. A report from SocialBakers found that the average post engagement rate for brands was 3.31%.

Given its early success it’s no surprise that Instagram is opening up its ad platform to more brands.

“We’ve spent the last 18 months establishing the platform for large brands. The next logical step is to empower businesses of all sizes to be able to achieve their objectives,” says Jim Squires, Instagram’s director of market operations.

That, says eMarketer analyst Debra Aho Williamson, will release a lot of “pent up demand” for the platform. She cites a survey from the US in February by RBC Capital Markets which found that 72% of marketers were “at least somewhat interested” in advertising on the site.

Focusing on creativity and expanding beyond branding

Instagram’s advertising business has its origins in branding. Marketers have used the site to sell an image of their brands.

In particular companies in the fashion and travel sectors have gravitated towards Instagram where their high quality creative is right at home. When the company launched its video loop ads, Barbour was one of the first on board.

However Richards highlights that other brands such as Intel and General Electric have also seen success on the site by taking a “more creative approach”.

“[Instagram] has an obvious natural affinity with visually-led sectors but we’ve also seen great Instagram content and campaigns from less obvious sectors too. There are companies whose products don’t necessarily make visual marketing an easy win for them, but have experienced success on Instagram by taking a creative approach,” he says.

There is also an opportunity branding. The next step for Instagram is a move into direct response ads with ecommerce capabilities including “shop now” and “install now” buttons. 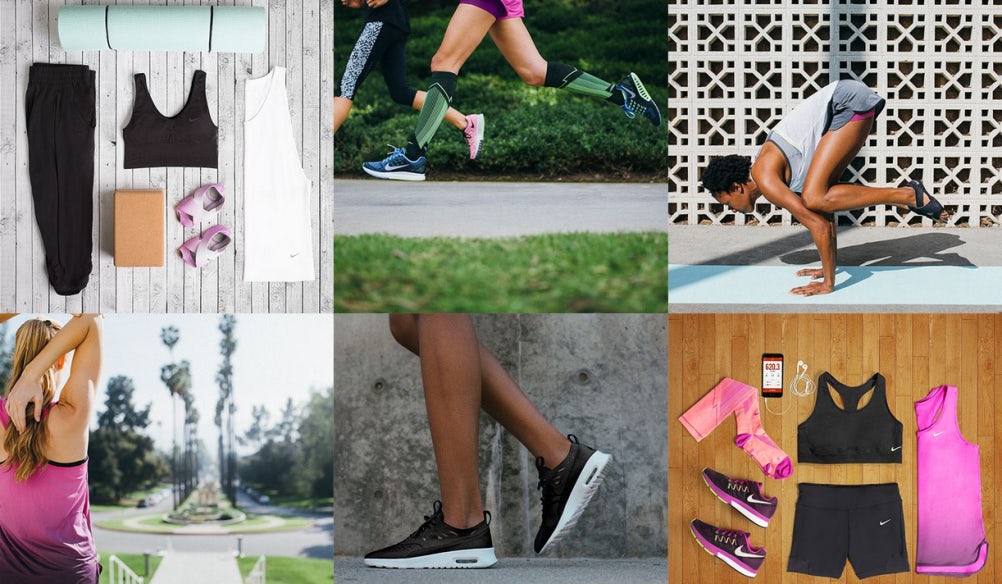 Already Nike is using the site to narrow the gap between social and ecommerce and other brands are also looking at ways that their Instagram posts can lead directly to sales.

Chris Pearce, joint CEO at TMW Unlimited, says: “While I would agree with Instagram’s own commissioned research that it is an ‘inspiring and beautiful’ platform for emotive creative, I think one of the really exciting opportunities for brands (and surprisingly underplayed so far) is in the incipient m-commerce functionality.”

However success on Instagram isn’t a given. Richards says Instagram is not an easy platform to get right. Brands have been successful so far because they have created campaigns specifically for the site that play to its strengths. As more brands come on board Instagram must ensure that the creative remains high value.

“It’s unlikely that the same strategy [brands] are employing on any other social platform will resonate on Instagram. Its user base has historically been very critical of brands pushing into their news feeds if the content isn’t of a high enough quality.”

That is only likely to increase as more brands use Instagram. Aho Williamson believes that only brands that use “appropriate targeting and creative” will be successful.

She also advises brands to remember that “Instagram is not Facebook” and that brands must beware of factors including its distinct sense of community, its focus on photos and videos and the fact that discovery is hugely important.

Unlike on Facebook, users frequently follow people they don’t know and are looking to be inspired. People also have a number of different accounts, an important consideration for brands as they consider how to target people, says Aho Williamson.

She believes marketers face a number of challenges as they either launch or expand their Instagram advertising. She advises brands that they must ensure they are maintaining the high bar of creativity, making use of targeting and measuring results and comparing them to other platforms.

The introduction of direct response ads also poses a risk, with brands needing to be careful in how they insert a sales pitch into what has up until now been a branding environment.

Richards says: “For brands to be successful on Instagram, they need to be prepared to invest in first class creative assets as well as regular analytical feedback about how they are performing against their goals. They need to understand how their target audience uses the platform, what kind of content they’re looking for there and how they’ll interact with it.”

Pearce agrees: “Watch outs would be test, optimise and learn without committing the farm or being seduced by the hype!”

Twitter is in the process of hiring its first CMO ahead of a marketing push planned for later this year as it looks to address slow user growth by better communicating to consumers why they should be using the service.