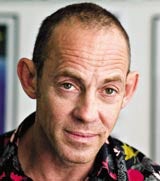 The successful executives have taken charge of an agency that has few significant clients, recently lost a string of accounts and made zero profits last year. The shop is part of WPP’s United micro-network of nine loosely aligned international offices, created after WPP’s failed attempt to build previous incarnation Red Cell into a successful fourth network.

Yet managing partners Kelly and Campbell believe that the London agency can return to its 1990s heyday, when, as HHCL &amp; Partners, its work for Tango, the AA and Ronseal (“It does exactly what it says on the tin”) made it the most celebrated agency of the decade.

Kelly quit Rainey Kelly early last year, while Campbell left in 2003 to join McCann Erickson. Both cashed in earnouts believed to be in excess of &£5m. Campbell walked out of McCann Erickson in December, after becoming unhappy at the agency. Kelly has turned down offers to run WPP-owned JWT and Grey. Kelly says the relaunched United is an ideal place for Campbell and himself. It is not part of a massive network and offers them a chance to put their creative and entrepreneurial skills to work. “What turns me on is getting a team competitive again and fixing situations,” he says. “It is almost as free as a start-up. That is not available with other chief executive jobs.”

WPP has bought the 51 per cent of the agency it did not already own from Chime Communications. Kelly and Campbell have been handed 12 per cent shares each, and will take lower salaries than usual so as not to burden the agency.

They must strengthen its grip on the BSkyB account, worth over &£30m, under threat after United’s former chief executive Nick Howarth left to join rival agency Clemmow Hornby Inge, stirring fears he will target the client. And there is a massive new business job to do. United’s other accounts include Georgia Pacific hygiene paper, adaptations of Alfa Romeo work, some Birds Eye business and the COI. Kelly says: “We can only win more business when we have got a team aligned that clients want to work with.”

Parachuting in people who have returned to the ad industry – as is the case with Kelly – to turn around failing agencies can be risky. In several instances it has yielded poor results, perhaps because the executives lacked conviction and were only doing it for the money. WPP believes the equity-for-salary deal will ensure Kelly and Campbell’s commitment. The two certainly would not want to be associated with failure.

TBWA European president Paul Bainsfair worked with Kelly at Saatchi &amp; Saatchi in the Seventies. He says Kelly is an “advertising anorak” with a huge appetite for talking about the industry. He is neither egotistical nor flashy, and enjoys nothing more than wrestling with clients’ problems. Kelly may have made his millions and be 51, but he still needs a role in the industry. Bainsfair adds: “He is a quality operator, clever and likeable. He can be self-deprecating, but has no doubts about his abilities.”

Whether Kelly’s patient, self-effacing charm, and the creative reputation of Campbell will be enough to pull United out of the doldrums is about to be put to the test.