It was broadly considered her presence at DCMS would be positive for the industry as she had detailed knowledge of the merits of advertising and what it can and cannot achieve, seen as vital for someone that oversaw a brief including legislative matters that have a direct impact on marketing and marketers.

The same clear lines cannot be drawn for her successor. Sajid Javid will replace Miller as Secretary of State for Culture, Media and Sport, it has been announced, following the former’s resignation over her expenses claims.

He moves from his position as Financial Secretary to the Treasury, a position he took up less than a year ago when he moved from another position at the Treasury.  Touted by several political commentators as a rising star in the Conservative Party and even as a future leader, his ascension to cabinet status is meteoric – he only became an MP, for Bromsgrove, in 2010 following stints in executive positions at Deutsche Bank and Chase Manhattan Bank.

As you might expect for someone with his political and professional background his parliamentary career has been confined to policy, papers and pronouncements on financial and economic matters. A trawl through databases of parliamentary record returns no public thoughts on the advertising industry.

His appointment comes at a challenging time for the industry. Trade bodies such as the Advertising Association and ISBA have stepped up efforts to champion the role advertising plays in improving the health of the economy. They will be even keener to communicate that message to a Javid-led DCMS responsible for regulation that impacts marketers in several sectors just shy of a year before the General Election when common sense can often give way to rhetoric designed to secure votes.

It is this appreciation of economic drivers that was flagged up in response to his appointment. Ian Twinn, ISBA’s director of public affairs, says Javid’s “strong business background” makes him a good choice for culture secretary “particularly given the considerable contribution made to the UK economy by the creative industries”.

He adds: “I am confident that Sajid will understand the concerns of responsible advertisers and appreciate the role they play in the national interest.”

Ian Barber, communications director at the Advertising Association, says his appointment comes at a “critical time” for advertising. “With policies being sharpened ahead of next year’s elections, we’ll be working with the new Secretary of State to make clear the importance of UK advertising freedoms to our digital and creative industries, and the wider economy.”

It is not just the creative industries he has on his plate. DCMS’s remit extends to nuisance calls. The department has just proposed for consultation a plan to get tough on rogue telemarketers by lowering the threshold when action can be taken and upping the amount companies can be fined when breaking the law.

Elsewhere, in order to pass the DCMS sponsored Gambling and Advertising Bill, the Government promised Labour party peers a review of the content and scheduling of gambling advertising with Maria Miller hinting at a rare regulatory intervention to curb the volume of ads seen by children.

A wide brief and if he masters it he will go some way to justifying his rising star status. 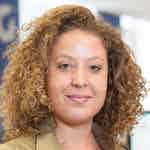 Advertisement feature What is performance marketing, how does it differ from affiliate and what benefits does it offer? OMG’s Carla Arrindell explains the risks and rewards. 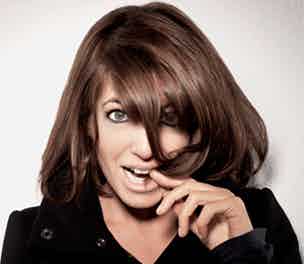 TV presenter, columnist and champion of dancing prowess Claudia Winkleman will be the host at this year’s Marketing Week Engage Awards gala event. 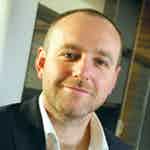